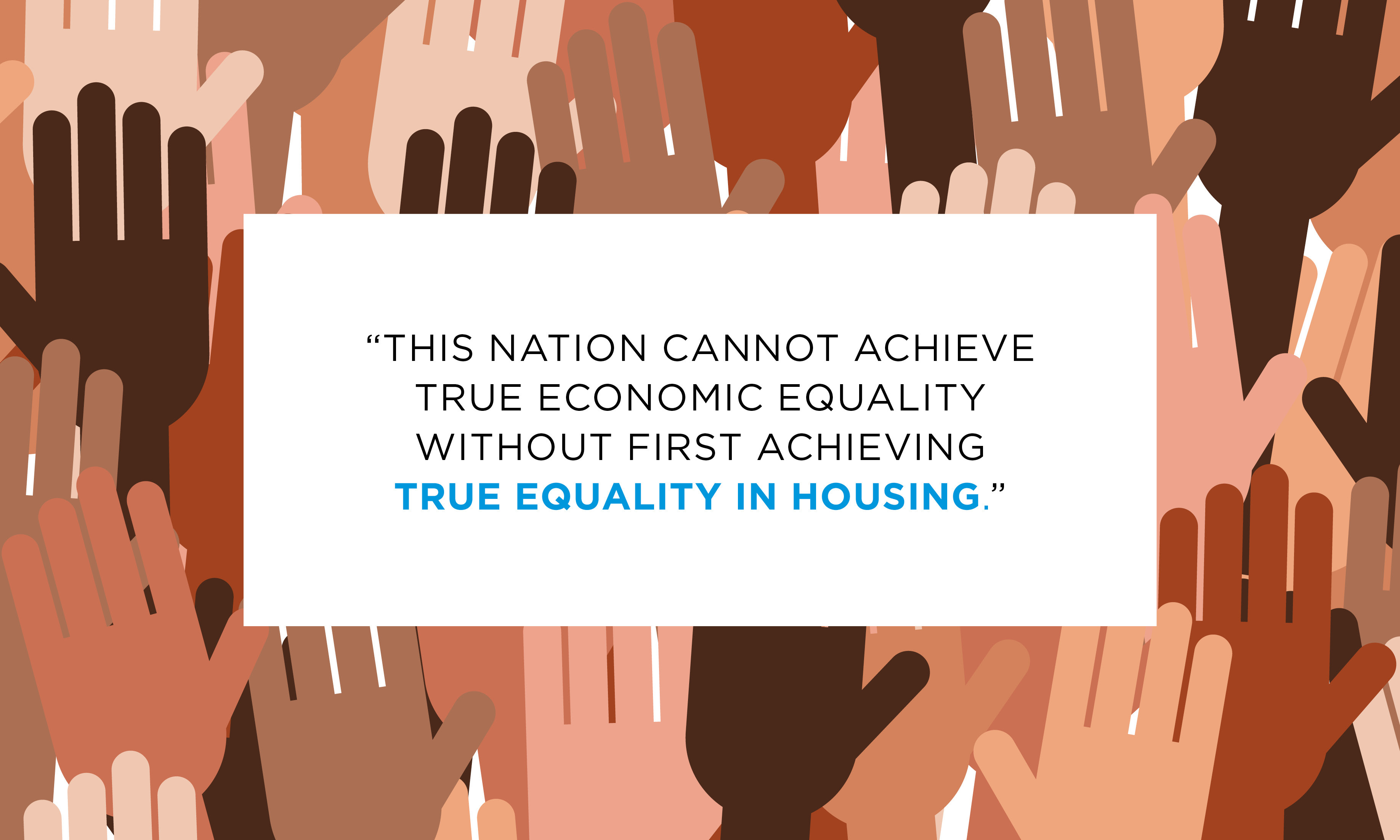 As nationwide protests continue over inequality and police brutality, sparked by the murder of George Floyd, it’s more important than ever to reflect on and work to change systematic racism in the U.S.

Unfortunately, there’s a great deal of work left to be done in housing. According to a study by the Urban Institute, from 2000 to 2015, the rate of homeownership among African Americans fell to levels not seen since the 1960s, before racial discrimination was illegal.

Part of this may be due to a racial wealth gap, created by hundred of years of discrimination, with African Americans making only 60% of what whites make, according to a study by the Century Foundation. This income inequality translates to further missed opportunities for wealth, as homes are a large financial asset.

But it’s not just wealth and income inequalities keeping African Americans from becoming homeowners. According to the Century Foundation study, African Americans are given higher cost and higher risk loans, so that in 2006, 53.6% of them received a high-price loan, compared to 17.7% of whites. The subprime mortgage crisis then disproportionately affected them and, according to the Urban Institute, homeownership dropped 5% since 2010 due to the housing crisis. The Century Foundation study also found that African Americans continue to face discrimination during their search for homes, such as being shown fewer homes than white buyers.

As a result of these issues, the National Association of Realtors has begun working to address housing inequality and residential segregation, and recently joined the U.S. Chamber of Commerce’s Equality of Opportunity Initiative. “With ongoing residential segregation contributing to many problems in our society, NAR recognizes that this nation cannot achieve true economic equality without first achieving true equality in housing. Our commitment to this cause and to Fair Housing has only strengthened in response to recent tragedies in America,” NAR CEO Bob Goldberg said in a press release detailing these efforts.

The association has also pledged to better educate its employees and members on discrimination and biases within the industry. One vehicle for this is a partnership between NAR and  the Perception Institute, a research consortium working to improve discrimination in the work place. The association noted that  “automatic, instant association of stereotypes with particular groups can cause us to treat those who are different from us unfairly, despite our best intentions and often without our conscious awareness,” in a press release about the new initiative. “Perception then applies these concepts to the everyday work of Realtors, and offers strategies to override bias in order to convey respect, ensure fairness, and improve business relationships.” Another vehicle agents and brokers can use to learn about their own implicit biases is Project Implicit’s association tests by Harvard University.

In order to implement lasting change, robust partnerships between and among professional groups and  support and guidance for  local associations will be crucial. “Working together with our federation of state and local chambers and association partners, we can better understand the challenges facing specific communities and help drive lasting solutions across the nation,” said Chamber of Commerce President Suzanne P. Clark.