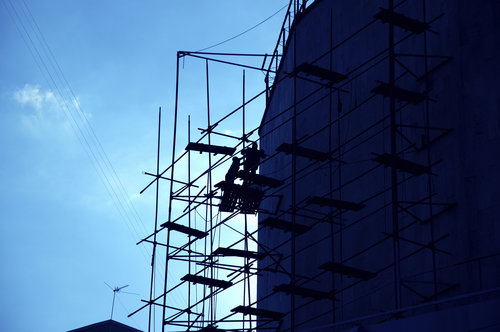 Residential construction spending in the Atlanta area in 2015 is 32 percent ahead of where it was last year.

That was the big stat from the latest Dodge Data & Analytics report, a monthly look at residential construction activity in the nation’s largest metro areas.

Atlanta Agent assembled a series of graphs on Dodge Data’s findings. Below is total residential construction spending in May: Though trailing Dallas, Houston and a few other new construction markets, Atlanta’s $425 million was still quite strong (and far ahead of Boston, Miami and San Francisco).

Year-over-year construction, however, can vary wildly from month to month, so it’s not the most reliable measurement of an area’s market.

Year-to-date numbers, by contrast, smooth over that volatility and offer a more accurate view of an area’s construction market, and it’s in that measure that Atlanta’s true colors show: At 32 percent, Atlanta has the second-best construction growth in 2015 among large metro areas, and that growth bodes well for the market’s long-term health.