Atlanta was the fifth most popular large city in the country for homebuyers looking to move from one metro area to another in the third quarter, and most of their remote shoppers are coming from New York City, according to a new report by Redfin.

The report, which analyzed the migration patterns of Redfin users across 87 U.S. cities, noted that in Q3, Atlanta experienced a net inflow of 7,236 new residents. 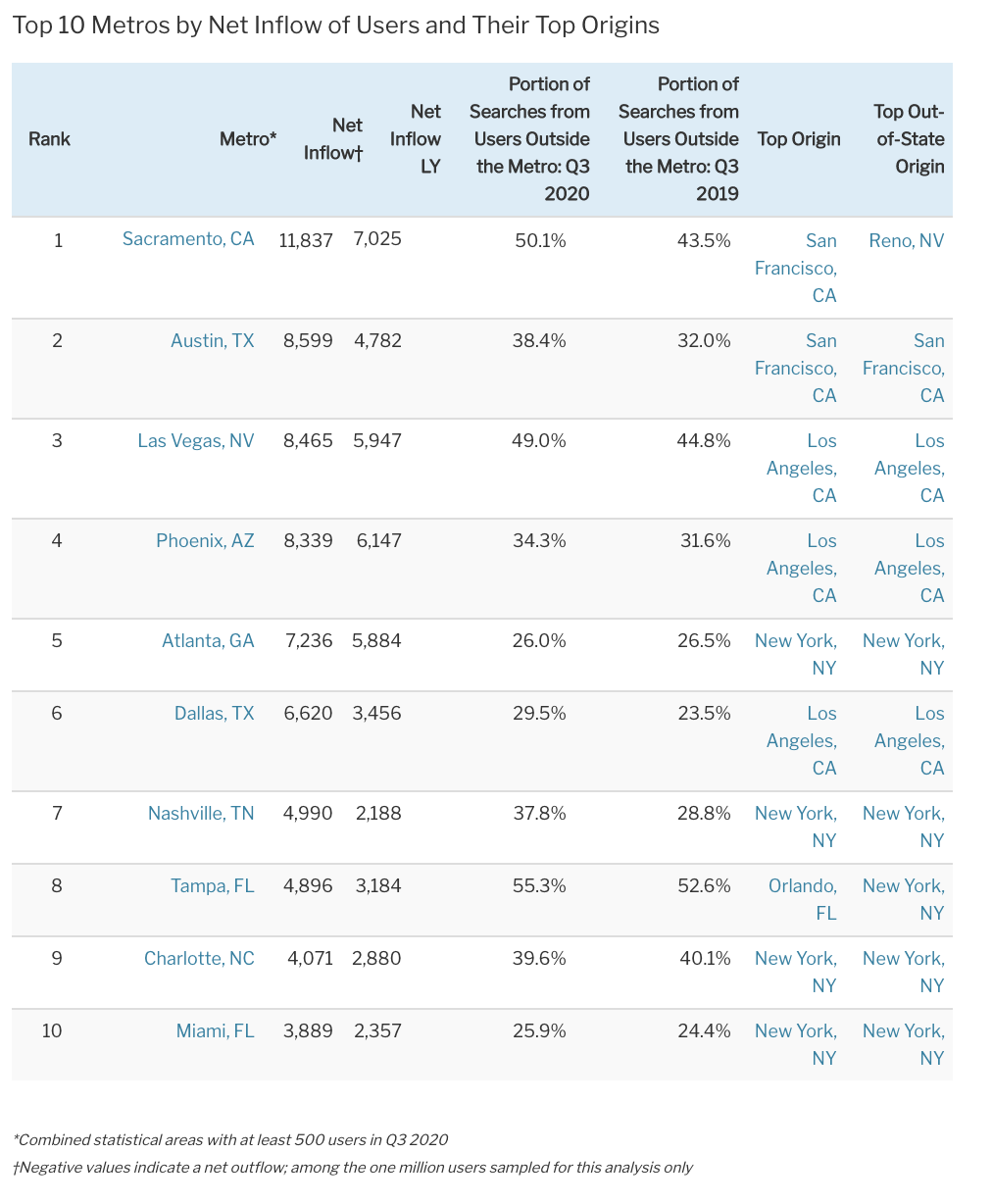 Just over one out of every four searches (26%) for homes in Atlanta on Redfin in Q3 came from homebuyers outside of Atlanta. That number has stayed steady from 2019, when the rate was 26.5%. The majority of those remote searches came from residents of New York City, according to the report.

“Remote work has opened up a whole new world of possibilities when it comes to buying a home,” said Redfin chief economist Daryl Fairweather. “Many residents of expensive areas like New York or Los Angeles couldn’t manage to afford rent and save for a home at the same time. So it’s no wonder that these folks are looking to buy homes in much more affordable places like Louisville and Little Rock.”
For more on the report, click here.