One of Twitter’s greatest weaknesses is also its greatest strength 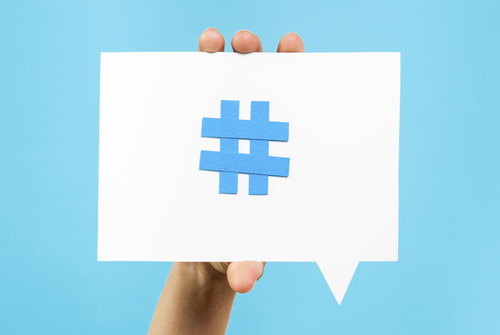 Last week, Twitter announced that sometime in the first quarter of 2016, it is removing its 140-character limit in favor of 10,000 characters. The Huffington Post noted the irony of the announcement being made as an image of text posted to Twitter, necessitating the decision.

We’ve highlighted three ways of how the new character limit will change how agents market on Twitter.

1. Blurring the Lines – The differences between social media sites has continued to blur, with sites choosing to forgo previous limits and styles to adapt more to a traditional update or blog-style posts.

Here’s how Twitter’s new character limits will work – the first 140 characters of a tweet will still be all that shows on followers’ dashboards, with users able to see the full tweet by clicking on the message. In effect, this integrates what sites such as TwitLonger already do for the site, but does not further restrict the already tight character limit with an external link. Instead, the first 140 characters can act as an attention grabbing headline that leads into a full body article, something that can be very useful for marketing purposes. Additionally, it makes it easier to cross-post features to multiple social media sites without having to retool the post specifically for the character limit.

2. No More Awkward Wording – The brevity in Twitter’s comments was something that forced efficient word usage, but that punctuality isn’t going away; and in fact, agents may be getting the best of both worlds in their marketing efforts.

Previously, the strict limit meant that if you wanted to include an image, along with a link shortened through Bit.ly or Google’s Goo.gl, you would be closer to 90 characters before you even started typing your tweet, given that the image link also took up space. In order to squeeze a tweet into that limited amount of characters, words would have to be abbreviated or shortened in unusual ways, which risked looking unprofessional.

Another avenue to get in under the character limit would be to remove unnecessary words or phrases, but that is not always possible, and can lead to confusing tweets or sentences that lose their original meaning. All of those are negative factors that agents previously had to keep in mind when using the service.

3. Beware of Losing Brevity – The ability to post in full press releases, promotions and announcements on Twitter could help to boost interest in the site’s user-base. Twenty-three percent of Web users use Twitter, a number that has remained static since 2014.

However, one thing to keep in mind with the change is that it does open the platform up to lengthy rants and rambles that sometimes plague other social media sites. It is very easy to feel the need to abandon the old “140-character limit” standard, and attempt to use each and every one of the 10,000 characters with flowery prose and unnecessary synonyms, or go off-topic and ramble with the newly added space. Continuing to keep messages clean, concise and on-point are keys for agents to market effectively both to old Twitter users who are used to the short messages, as well as new users who were turned off by the character limit prior.

While sites such as Pinterest and Instagram have seen booms in their usage (both have doubled their user base since 2012), they’re primarily seen as social sites, not marketing opportunities. With the character limit change aimed at renewing an increased overall user base, experimenting with how to best use the new limits for marketing homes, brokerages and agents could prove to be a very effective.