When Your Clients Should Expect the Next Interest Rate Hike 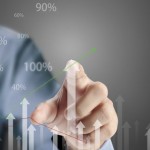 The next interest rate increase from the Federal Reserve will come at its March 15-16 policy meeting, according to The Wall Street Journal.

Approximately 66 percent of the economists surveyed in the Journal pointed to the March meeting as the likeliest for the next rate hike, while 25 percent predicted the Fed would wait till its June 14-15 meeting; meanwhile, 7 percent think the Fed will make its next move at the April 26-27 meeting.

Even at that majority, analysts are still not convinced that the Fed will act in March. The probability of the rate increase, according to the analysts the Journal surveyed, is only 55 percent, indicating uncertainty towards the Fed’s actions.

“We don’t know enough now to know how many there will be,” he said.