The Redfin Housing Demand Index remained relatively flat from July to August, rising slightly from 126 to 127. However, on a year-over-year basis, it is up 27.7 percent. The Demand Index is calculated using the number of Redfin customers requesting home tours and writing offers.

According to Redfin, there were 13.9 percent fewer homes for sale in August 2017 compared to August 2016 in the 15 cities that it tracks. There was also a 2.7 percent year-over-year decline in new listings. This marks the 27th consecutive month of year-over-year inventory declines.

“The Federal Reserve is now setting the stage for a slow, steady increase in mortgage rates in October by beginning to sell its mortgage portfolio. Fall buyers are likely to face slightly higher financing costs in addition to strong price growth,” Richardson says. 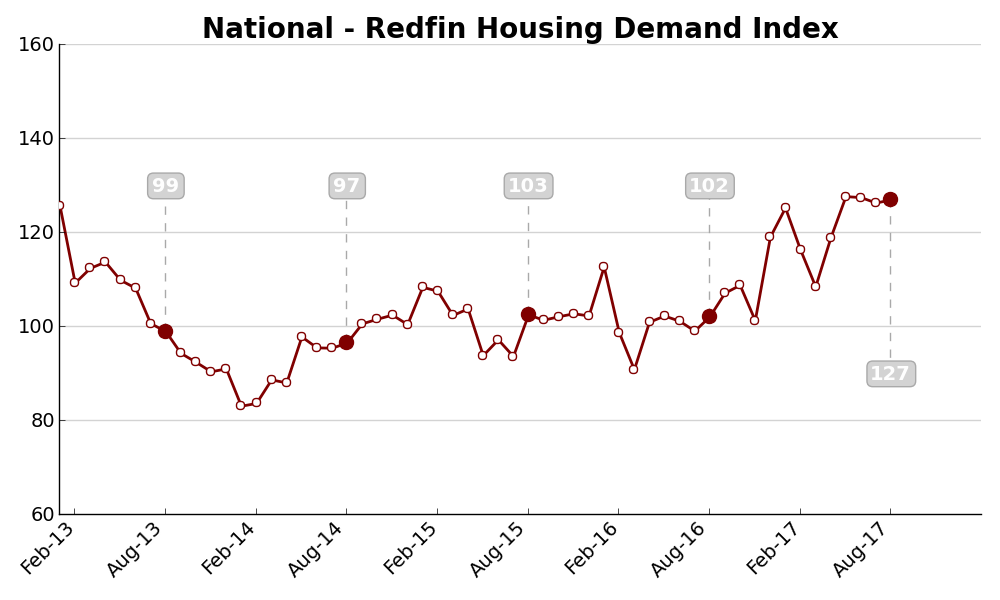