Luxury home prices grew 4.9 percent in the third quarter of 2017 compared to the same time last year as inventory tightened on the top end of the market. This marked the first quarter in which luxury inventory fell year-over-year since Redfin began reporting on the market in 2014.

Luxury homes are also flying off the market at a faster pace than last year, with the typical luxury home finding a buyer in 70 days in Q3 2017 compared to 74 days in Q3 2016.

The luxury market report from Redfin tracks home sales in more than 1,000 cities and defines the luxury market as the top 5 percent most expensive homes in the city sold each quarter. 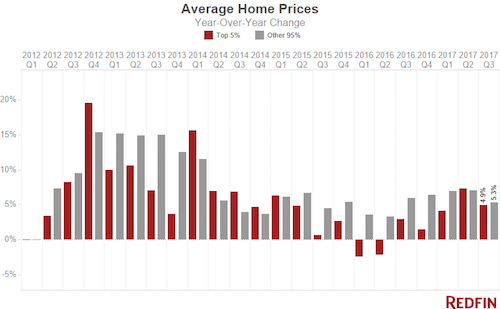