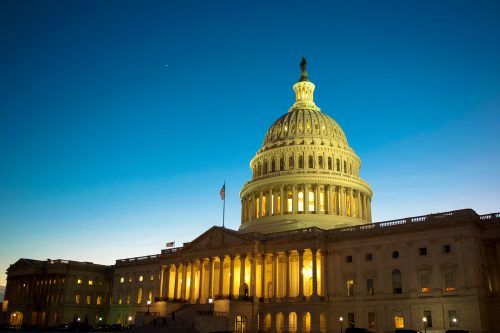 On Tuesday, Feb. 26, the Senate Banking Committee voted to confirm Mark Calabria as the new head of the Federal Housing Finance Agency. Assuming he makes it through the full Senate vote, which has yet to be scheduled, Calabria will join the FHFA at an interesting time. In the weeks between Calabria’s nomination to the position by President Trump and his Senate confirmation hearings, some of the most serious discussions to date have taken place surrounding a plan to privatize Fannie Mae and Freddie Mac, which the FHFA oversees.

Some fear the move could upend the U.S. mortgage market, in which Fannie and Freddie play a significant role; together, the two firms hold roughly $5 trillion in bonds backed by home loans. Several questions posed by Senate Banking Committee members sought to get a sense of how Calabria would avoid turmoil in any reform plan, but some statements the economist has made in the past also gave senators from both parties cause for concern.

Calabria, who previously served as economic advisor to Vice President Mike Pence, has stirred up alarm with his opinions on the 30-year mortgage in particular. Fixed-rate loans with 30-year terms account for the vast majority of mortgages originated each year in the U.S. But in a former position as an economist for the Cato Institute, a libertarian think tank, Calabria argued that the government’s subsidies for 30-year mortgages through Fannie and Freddie were wasteful, and asserted the housing market would “be fine without 30-year fixed loans.”

“The advantages of the 30-year mortgage have, however, been grossly exaggerated,” Calabria wrote in a 2011 article for the Cato Institute. “Subsidizing it should not serve as an excuse for continuing to put the taxpayer at significant risk.”

Senate Banking Committee members from the Democratic Party were all too happy to point out in his confirmation hearing that Calabria himself used a 30-year, fixed-rate loan to buy a home in Washington, D.C., in 2010, and continues to make payments on it.

“These positions [against 30-year mortgages] contradict what we have heard from housing stakeholders who have appeared before this committee over the past four years,” said Sen. Sherrod Brown (D-Ohio) during the confirmation hearing.

In response to this and other critiques, Calabria told committee members that if confirmed he would seek to “carry out the clear intent of Congress, not to impose my own vision.” He also said he wouldn’t look to end Fannie and Freddie’s securitization of 30-year mortgages, and confirmed that he intended to work with Congress on any plan to overhaul those organizations.

Although he faced opposition from Democratic senators in the public hearing, Calabria was considered all but certain to be confirmed by the Republican-controlled Senate. As director of the FHFA, he will oversee what is expected to be a plan to return control of Fannie and Freddie to private shareholders. Since the aftermath of the housing crisis around a decade ago, the U.S. government has held a controlling stake in both companies, with all profits being swept into the Treasury Department. Fannie and Freddie shareholders are suing the government, alleging that its continuing ownership of the two companies is unconstitutional. Others, such as Calabria, have cautioned that the arrangement poses risks to taxpayers should the housing market undergo another correction.

Winds of change within the FHFA have prompted reappraisals from members of both political parties on what the government’s role in the housing market should be. Fiscally conservative Republican lawmakers are most focused on ending federal ownership of Fannie and Freddie, returning control (and associated financial risks) from taxpayers back to private shareholders.

Democrats in Congress, on the other hand, face a more complex challenge. While more moderate members of banking and financial oversight committees may be content with maintaining the status quo, an insurgent group of more liberal lawmakers appears reluctant to continue federal support of what they believe is an already broken system. U.S. Rep. Maxine Waters (D-California), leader of the House Financial Services committee, has already aligned herself with her party’s broad opposition to Calabria’s nomination and policies. But she is also leading a movement favoring greater oversight and a more adversarial position against the nation’s biggest financial firms. Politico reported Jan. 24 that Rep. Waters was planning an upcoming public hearing at which executives from major banks would be called to testify and explain “why we bail them out and can’t experience any meaningful support from them in times of trouble,” according to another congressman on the Financial Services committee. That could signal a broader shift away from anything approaching business-as-usual for the financial sector.

At the same time, given the nation’s increasingly polarized political climate, Democrats may feel under pressure to oppose almost any Republican-approved plans on any issue, whether it’s a wonky topic like housing finance reform or a more hot-button debate like economic inequality.

For now, Congress will need to work with Calabria to chart a path forward for Fannie, Freddie and the FHFA. Two proposals for reform have been introduced so far: one from Senate Banking Chair Mike Crapo (R-Idaho) and another from the National Association of Realtors. Both plans are similar in that they propose ending government ownership of Fannie and Freddie and reducing taxpayer exposure to their financial risks. NAR’s proposal involves reclassifying Fannie and Freddie as “systemically important mortgage market utilities,” affording them greater protection and regulatory oversight. Under Sen. Crapo’s plan, Fannie and Freddie would be transformed into “private guarantors” that insure mortgage-backed securities rather than buy and sell them.

“My priorities are to establish stronger levels of taxpayer protection, preserve the 30-year fixed rate mortgage, increase competition among mortgage guarantors and promote access to affordable housing,” Sen. Crapo said in a statement accompanying the proposal.