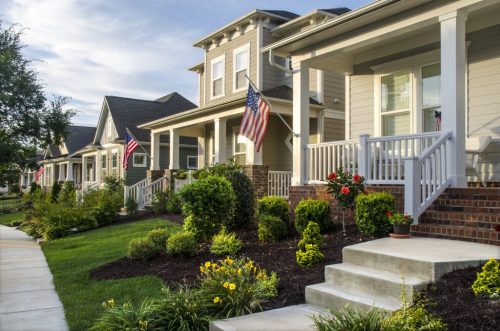 The newest estimate of U.S. homeownership rates, released Feb. 28 by the Census Bureau, showed that more Americans have become homeowners in the last two years.

As of the fourth quarter of 2018, the share of American adults who own their home grew to 64.6 percent, fueled primarily by sizable gains among young adults. According to CoreLogic Chief Economist Ralph McLaughlin, this represents the longest streak of gains in the homeownership rate since the recession more than a decade ago.

“This is good news for proponents of homeownership in the United States since young households represent the largest pool of potential homebuyers since their parents, the baby boomers, came of homebuying age over three decades ago,” McLaughlin said of the new data. “The future of homeownership in this country indeed looks bright.”

The first official estimate of U.S. quarterly economic output during the fourth quarter of 2018 was released Feb. 28, having been delayed by a month due to the recent federal government shutdown. Growth in GDP during Q4 was estimated at an annualized rate of 2.6 percent after accounting for seasonality and inflation, the Bureau of Economic Analysis reported. While this was much lower than the two preceding quarters, it still exceeded economists’ expectations; a Wall Street Journal survey had projected 2.2 percent growth.

While this latest GDP report showed consumer and business spending to be strong in Q4, a sluggish housing market was named as a key limiting factor. For the fourth consecutive quarter, residential investment declined, this time by 3.5 percent. Economists said this was likely the result of temporarily higher interest rates combined with new tax code changes that reduce some incentives for homeowners. The Federal Reserve expects the trend of slower GDP growth to continue through 2019 as the effects of the broad federal tax cut, which took effect last year, begin to wear off. Still, GDP is expected to grow at an average rate of 2.3 percent through 2019.

January’s Realtors Confidence Index, a monthly survey of National Association of Realtors members, found some improvement in business conditions to start 2019. Both the buyer and seller traffic index ticked up slightly from recent lows reached in December. Properties were also spending more time on the market on average (49 days, up from 42 days in January 2018). Overall, this boosted the six-month Confidence Index for the single-family market to 53, representing generally positive sentiment. Interest rates were named as a key factor in transactions reported by Realtors, while low inventory was also cited as a concern.

Understanding why buyers want to move

The reasons behind most homebuyers’ decisions to move are not complicated. According to the Census Bureau’s 2017 American Housing Survey data, as analyzed this month by the National Association of Home Builders, the majority of homebuyers are motivated simply by the desire for a better home. This was overwhelmingly the case for first-time buyers, 65 percent of whom said that’s why they bought. Other common answers to the question, in order of popularity, included “for a better neighborhood” (46 percent of all buyers), “to form a household” (39 percent) and “to be closer to family” (22 percent).