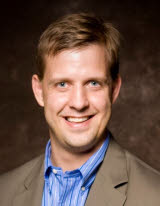 This week we talk with Weslee Knapp, the owner of Keller Knapp Realty in Decatur. A former consultant at PricewaterhouseCoopers, Weslee has owned Keller Knapp Realty since 2003, and is also one of the brokerage’s top-producing agents. In 2013 alone, his personal 2013 sales volume was $36.5 million.

Atlanta Agent (AA): We track home price pretty closely, and we’ve noticed that in just about every index available, Atlanta’s housing market has been posting very strong, double-digit increases; even though those increases will probably not continue through 2014, are you worried at all that price are rising too quickly?

Weslee Knapp (WK): I’m not, because of a couple of things: first, in the downturn, the higher-end homes in many communities were not able to get a premium, but now that they’re being listed, it makes it look like there’s a huge price increase, when really, better homes are simply being sold; and secondly, when you run the averages, if you could do it by area, the under-$100,000 homes were bought up by Wall Street investors, and you now don’t have those homes to weigh down the sales. So again, it makes it look like we’re seeing higher-than-normal increases.

The truth is, we have seen an increase, and it has been pretty significant; but, it’s not as large as the national statistics make it appear. The Case-Shiller does as good a job as it can, but what it doesn’t do is dive into your particular local area, and what that percentage is. And to some degree, that is why our clients need us; we understand the sub-areas in certain markets.

AA: We keep hearing from agents that all-cash financing is still prevalent in the Atlanta area; are you seeing that with your clients, though? And if so, why is it persisting?

WK: Every quarter since 2011, I’m seeing less all-cash transactions and less lower-downpayment transactions, overall. People are getting less scared of real estate. They know there are other investments beyond real estate. After the market crashed, there were no better investments out there. You could invest in the stock market and have a 1 or 2 percent increase over the next three years, but why not invest that money in your house? Now, though, other investments are available, so they’re using that cash for other things.

AA: A recent Short List feature that has been garnering plenty of attention is managing clients’ unreasonable expectations. What is your approach to such situations?

WK: In any market, you need to be two or three steps ahead of your client, and set their expectations appropriately. Whether it’s a declining market or an appreciating market, your job is to guide your client.

In addition to that, because of the information that’s available to agent and because of what we experience, we’re always six months to a year ahead of what national statistics can tell us. We’re on the front lines, and if there’s a trend or development, we’ve been seeing it for months before anyone can write about it. So as a result, the reason people use an agent is to get that real-time information.