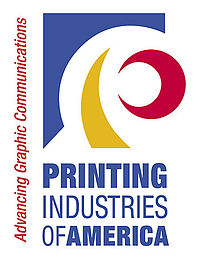 Harry Norman, Realtors HOME Magazine was awarded the Printing Industries of America’s most prestigious award – The Benny, a highly coveted award given to the most outstanding entry in a print category. The Premier Print Awards are the highest level of competition on both the national and international stage.

Established in 1950, The Premier Print Awards are the printing industry’s oldest and largest international awards competition. Now in its 65th year, the annual contest recognizes those responsible for the creation and production of superior print communications. The event promotes excellence in graphic design and print communications and rewards companies and individuals who produce the very best in print media.
Geographics, Inc., entered the HOME Magazine was entered into the 2014 Premier Print Award Competition hosted by the Printing Industries of America after recognizing the true quality of the magazine. Out of hundreds of magazines from around the world, the Harry Norman’s HOME Magazine won in the category of Architectural/Art/Travel Magazines.
Harry Norman,Realtors is one of Atlanta’s first and most successful residential real estate firm with 12 sales offices, various franchise and satellite offices and more than 1,000 real estate professionals. The HOME Magazine is Harry Norman’s premier vehicle for marketing luxury properties featuring some of metro Atlanta’s most beautiful luxury homes within its pages. Each property in the magazine is highlighted through amazing design, photography and informative narrative.
“Receiving an award in the largest, most prestigious print competition in the world is truly an honor for Harry Norman, Realtors and showcases the incredible talent within our organization,” said Dan Parmer, President and CEO of Harry Norman, Realtors.
Each year, only the most worthy pieces receive the Benny statue, which has become a universally recognized symbol for excellence in the printing industry. Printing companies from around the world enter The Premier Print Awards in hopes of being recognized as one of the best in print. This year, more than 2,890 entries were received from printing and graphic arts firms from around the world, and judges awarded the Benny to the top entry in each category.
For more information on the award, visit www.printing.org/news/11943.