What to Know About FHA’s Recent Changes 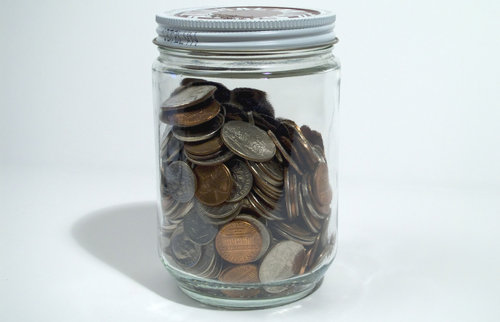 President Obama and the FHA recently announced that it would reduce its mortgage insurance premium from 1.35 to 0.85, which makes FHA loans even more affordable.

The FHA, which is overseen by HUD and insures mortgages with down payments as low as 3.5 percent, finances its operations via mortgage insurance, which borrowers pay in addition to their monthly mortgage. So in return for the low down payment mortgage, the homeowner must pay an extra fee, in the form of mortgage insurance. The last couple years, though, borrowers faced higher mortgage insurance fees, as a result of the FHA’s shaky finances.

Though critics are stating that the FHA should keep its premiums at its current level, the agency’s finances have improved dramatically in the last year. According to an independent audit in November, the FHA’s insurance fund (a rainy-day fund of sorts that mortgage premiums fund) was valued at $4.8 billion; that’s up from a $1.1 billion deficit in 2013, and spurred many industry advocates (including NAR and the MBA) to lobby for lower premiums.

However, there are some important points to keep in mind. First, FHA is not the one originating the mortgages in question; rather, the FHA insures the mortgages, and it’s unlikely that lower premiums would change the risk calculus that originators consult when deciding on granting loan requests to consumers. Secondly, lower FHA mortgage premiums do not change the greater economic forces currently impacting the housing market, namely low savings rates and even lower wage growth. It’s the same housing quandary as when Fannie Mae announced lower down payment standards – some consumers will undoubtedly benefit from lower premiums, but it’s unlikely that housing will kick into high gear as a result of the policy.

FHA lowered its insurance premium to compete with Fannie Mae, which recently announced that it would offer 3 percent down on products. Historically, Fannie Mae and Freddie Mac require 5 percent down, and as the market starts to recover, agencies that guarantee loans – Fannie, Freddie and Ginnie Mae – are ultimately loosening.

Historically, the biggest impediment for people to buy hasn’t been the ability to qualify, but instead, it’s coming up with the down payment. With the FHA also offering less of a down payment, this opens the door to more buyers.

The latest Bureau of Labor Statistics Report revealed on Friday, March 6 that national unemployment rates in ticked down from 5.7 percent in January to 5.5 percent in February. While job growth is happening, wage growth is slower to increase, according to the report, and student debts are still a hindrance when it comes to Millennials buying. However, as Burke points out, they can’t live in their parents’ basement forever, and with rents steadily increasing, buying might be more affordable in the near future – even if buyers have debt, with smaller down payments, more buyers can enter the market.

The Mortgage Bankers Association predicts that mortgages for refinancing and home purchases likely will rise 6 percent this year over last year – all the market needs is for the stronger job market to be coupled with wage growth.

“We’re going to see a resurrection in wage growth,” says Mark Zandi, chief economist at Moody’s Analytics. “That’s going to give potential homebuyers a lot of financial firepower and give them the boost of confidence they need to make a big-ticket purchase like a home.”