FHA Reserves Back in Line with Federal Requirements 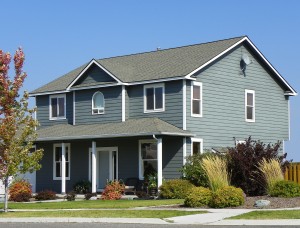 In another marker of the housing market’s recovery, the Federal Housing Administration announced last week that its reserves were back in line with federal requirements.

The FHA stated that its insurance fund’s net worth at the end of September was $23.8 billion, up from $4.8 billion the year prior. The capital reserve ratio, which by law is supposed to stay above 2 percent, increased to 2.07 percent, the first time it met the requirement since the start of the 2009 fiscal year. The ratio calculates how much in reserves the FHA would have on hand after offsetting expected losses.

The FHA and the Housing Market

Since the financial crisis, the FHA has played an important role for prospective homeowners. With the majority of subprime-mortgage market gone, the agency extends some of the most uncomplicated terms available, allowing borrowers with a credit score as low as 580 make a down payment of as little as 3.5 percent.

Back in January, the FHA decreased the annual premium it charges the average borrower from 1.35 percent 0.85 percent, a move HUD and the White House said would make homeownership possible for many first-time buyers.

HUD Secretary Julián Castro stated that the FHA’s decision to reduce mortgage costs contributed to the growth in home prices and sales: “Today, the housing market is better off because of our actions.”

In 2008, the FHA’s reserve ratio stood at about 3 percent, but as the housing market disintegrated, the agency did not have the necessary capital to cover expected losses. In 2013, the FHA needed a taxpayer infusion of $1.7 billion, its first bailout in almost 80 years. As the crisis worsened, the FHA inflated the fees it charges borrowers several times, from less than 0.6 percent to 1.35 percent by 2013.

According to HUD officials, their main concern now is coaxing lenders into issuing mortgages to borrowers who qualify under the FHA guidelines. Some lenders have not approved mortgage for qualified borrowers with spotty credit histories, and the FHA is making an effort to alleviate those concerns; and now that that the reserves meet the legal threshold, some in the real estate industry have lobbied for more fee cuts.