How to capitalize on huge Chinese demand for real estate 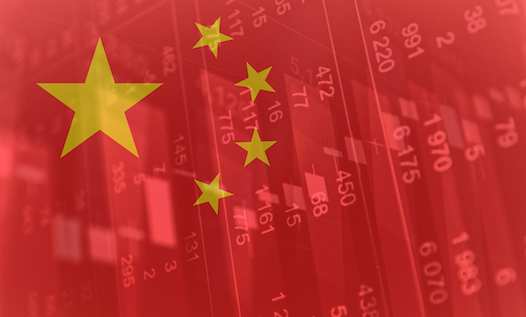 China’s presence in the U.S. residential real estate market is growing rapidly, and it’s creating opportunities for agents proactive enough to seize it, one expert says.

Between 2010 and 2015, Chinese real estate buyers spent $93 billion in the U.S. residential market, during which time spending rose at an annual rate of 20 percent. Josh Cunningham, the vice president and head of sales in the Americas for the online property network and management platform Investorist, has been front and center for the surge of Chinese money into the U.S. real estate market, and he explained its driving forces in an interview with Atlanta Agent.

“Chinese buyers are extremely interested in the U.S. property market because of the stable dollar, world-renowned schools, strong government and the opportunity to grow business,” he says.

China is expected to grow – and that’s a good thing

China’s economy has witnessed tremendous growth in recent years. From 2011 to 2015, the country’s GDP rose by more than $3 trillion, and overall economic growth averaged an annual rate of 7.8 percent, surpassing the U.S. by both measures. But recent calamities, like the crash of its stock market and the subsequent devaluing of the yuan, have reminded the world of China’s more deep-rooted problems, Cunningham says.

“Historic instability has driven the flow of funds from China to the relative safe haven of U.S. real estate,” he says. “When the stock market crashed in China, everyone initially thought that it was going to decrease the money flowing out from China. Instead, it actually propelled the outflow of investment, and now more people in China than ever are purchasing property in the U.S.”

Over the next several years, the overarching trend of China’s economy is expected to be improvement, which,  Cunningham explains, “only serves to increase the number of wealthy Chinese who are in a position to invest offshore, as well as the levels to which they can invest.”

Building your Chinese client base

And that is where he sees an opportunity for agents – so long as they’re proactive.

The importance Chinese culture places on personal relationships is well known in the U.S. business community. An August post in the Harvard Law School’s Daily Blog goes as far to describe it as “a guiding principle in Chinese society.” And it’s particularly important for real estate agents wanting to expand their influence to China, because a relationship with a single foreign buyer could open them up to an entire network of interested parties.

Cunngingham explains: “Chinese buyers are heavily influenced by their peers, and will often purchase multiple properties as a community, friendship or family group.”

In other words, if agents start making inroads today, the returns could be huge tomorrow.