5 reasons why mortgage applications are denied 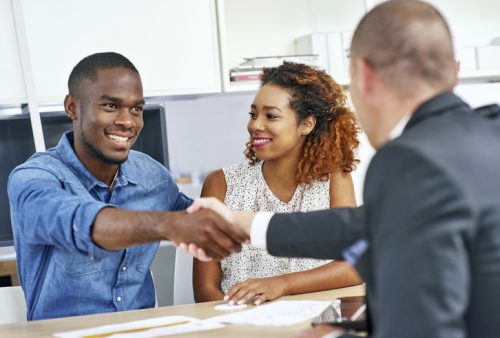 When entering the market for the first time, many homebuyers are unsure of what exactly is needed to qualify for a mortgage, leading to their application being rejected. A new report by LendingTree looked at over 10 million mortgage applications to figure out the main reasons for applications being denied.

A rejection due to an applicant’s credit history could be because of a lack of credit, too few references, poor credit history, repossession, foreclosure, or bankruptcy. Being denied because of a poor debt-to-income ratio means that the applicant’s income is likely not enough to sustain the credit applied for.

The third leading cause of denial is collateral — when the “value or type of” collateral for the loan is insufficient — resulting in 17 percent of applications being denied.

Collateral was followed by incomplete applications, which accounted for 14 percent of rejections. A category deemed “other” — including length of residence and holding a temporary residence — was the fifth leading cause, responsible for 10 percent of all mortgage rejections.

Atlanta ranked as No. 11 on the list of 50 metros (No. 1 being the most likely for a rejected application). In Atlanta, 9 percent of mortgage applications were rejected, with the leading cause being the applicant’s credit history.

However, there are steps that potential homebuyers can take to help get approved for a loan. LendingTree’s report included tips to getting a mortgage application approved, including:

“The current housing market is particularly competitive,” said Tendayi Kapfidze, chief mortgage economist at LendingTree and leader of the study. “The key for homebuyers is being well-educated on the homebuying process, enabling them to be well-prepared when they enter the market. Understanding the key reasons mortgages are denied can help borrowers avoid missteps and compete effectively to secure their dream home.”