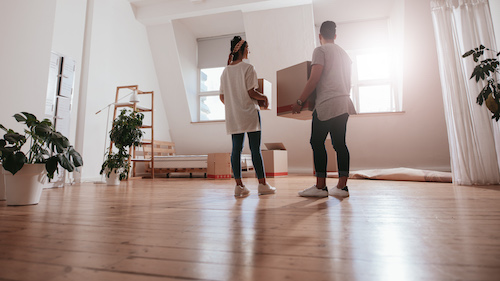 More Americans are becoming homeowners, particularly young adults. But the homes they are living in are generally older. Data from the U.S. Census Bureau’s most recent American Community Survey showed that in 2016, the median age of all owner-occupied homes in the U.S. was 37. That means half of the nation’s existing housing stock was built before 1980. For comparison, the median age of American homes was 31 years old in 2005.

Another Census Bureau data set focused on home sales only found an even wider gap in home age between now and a decade ago. Homes sold in 2017 posted a median age of 34 years old — in 2007, this figure was 21 years old nationally.

The aging of America’s housing stock is another result of the longstanding backlog of new residential construction, and has a variety of implications. In the long-term, forward-looking view, these data factor into the recent surge in remodeling activity, according to the National Association of Homebuilders. Even further out, it suggests that demand for new construction will only trend upward.

On the other hand, as Zillow points out, data on America’s aging housing stock proves that the post-recession housing boom seen in many cities was hardly a blip in historical terms. Even after a surge in permitting and construction since 2008, homebuilding activity has failed to reach pre-recession levels. If the housing crisis never happened and the rate of permit issues had persisted at pre-2008 levels, as many as 2.3 million more single-family homes would be standing today, according to Zillow’s analysis. That would’ve made the nation’s homes significantly more modern on average, too.

Between the nation’s largest cities, this downward trend in construction means hundreds of thousands of single-family home permits are essentially “missing.” Atlanta could have had as many as 110,200 new homes built since 2008 if pre-recession building trends had continued. Only a few major cities, including Chicago and Houston, issued residential construction permits at the same rate or higher than the historical rate over the last 10 years.

NAHB noted that a majority of homes in the study’s most recent vintage (built between 2010 and 2016) were owned by millennials and members of Generation X. Baby boomers, meanwhile, owned more than half the housing stock built before 1969, as well as the largest share of homes built in the 1970s.