Why millennials are buying more homes in suburbs than cities 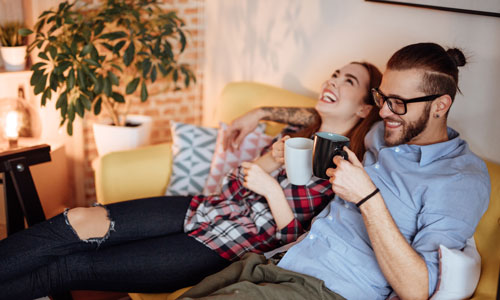 Assumptions about how millennials will spend their money as they progress through adulthood continue to be proven inaccurate, or at least misunderstood. This is particularly true in real estate, specifically the places where Americans now in their 20s and 30s most want to live.

A new study from Ernst and Young based on a survey of more than 1,200 20- to 36-year-olds adds to the growing list of expectations that millennials are defying: most of them are buying their first homes in the suburbs, not unlike their parents and previous generations.

So why are millennial homebuyers eschewing hip urban centers for houses further out from the city’s core? Cost is the primary and most obvious factor, Ernst and Young tax policy leader Cathy Koch told CNBC in an interview on the report. But it may also because these younger buyers are not moving into the same kind of suburbs their parents or grandparents did.

“It was a surprise to me to see this generation increasingly choosing suburban locations to buy homes,” Koch told CNBC. “The ‘suburbs’ may very well be smaller cities close to larger urban areas — these still afford the richness of city living (including employment opportunities) at maybe lower home prices.”

As Koch hints at, more millennials may not necessarily be choosing to live in the suburbs, but rather choosing to identify their neighborhood as suburban. A report from Citylab highlights this perplexing issue that has broad implications for the real estate industry: A majority of Americans now identify their neighborhoods as suburban, even though federal data doesn’t exactly reflect that.

As currently categorized by the U.S. Census Bureau and the federal Office of Management and Budget, most people living in what are officially known as “Urbanized Areas” consider themselves suburbs-dwellers. In some of the fastest-growing metros like Atlanta, Dallas-Fort Worth, Houston and Phoenix, some two-thirds of people who reside in “central city” neighborhoods as defined by the OMB, considered their homes suburban.

Ultimately, Citylab explained, economists and public agencies still haven’t agreed on what exactly defines a suburb in 2018. Semantics aside, one conclusion is clear regarding millennial homeownership trends: Price and location are still top considerations for younger buyers, even as the preconceived notions surrounding the latter evolve.