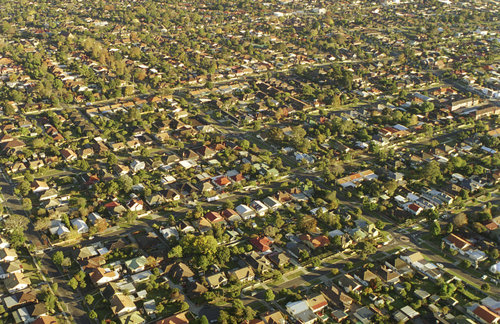 If you’re feeling like home prices can’t go up forever, you’re not alone. The November edition of Fannie Mae’s monthly Home Purchase Sentiment Index cites a 13 percent drop in confidence that prices will continue to climb over a year earlier.

Consumers who responded to this month’s November edition didn’t seem to think a calamitous 2007-like collapse of the housing market is in the offing, though. The share who said November was a good time to buy a home notched a 2 percent rise over October’s figure.

The index rose slightly overall on the month, though Fannie Mae credits the rise to a spike in the number of respondents who said they’ve had a very good few months. The survey, which had 1,001 respondents nationwide, reported a 5 percent jump in the number of Americans reporting “significantly higher” income. That’s the biggest month-to-month increase in that category since the government-sponsored lending giant began conducting the survey.

It seems homebuilders may be less confident than prospective buyers. The National Association of Homebuilders’ monthly confidence index, released last month, showed that builders nationally lost confidence as autumn advanced. The index posted a decline of 8 points from the previous month. It stands at 60, which means builders are still more confident than not in the market. The homebuilders’ survey cited concerns about affordability and rising interest rates as reasons for the decline.

That squares with news that caused concern last week among those who track the overall economy. Shares of Toll Brothers dropped following an earnings report that cited a 13 percent decrease in orders from a year earlier. Like homebuilders surveyed by NAHB last month, Toll Brothers CEO Douglas Yearly attributed the dip partially to interest rates and fear among would-be buyers that they may rise again.

A little context may prove useful. In an op-ed in the New York Times last week, Yale economist Robert Shiller, co-creator of the S&P/CoreLogic/Case-Shiller National Home Price Index, identified the current housing boom as the third biggest in the modern era. The only booms outpacing this one were the postwar boom that brought us the suburbs as we know it and the one many have said brought us the Great Recession. Shiller noted that since 2012, when the current increase really got going, home prices nationally are up 53 percent.

As Shiller notes, we can’t know when the boom will end. But we can prepare. And if recent developments are any indication, many appear to already be doing so.