When it comes to getting a clear view of the intersection of real estate and the economy, Lawrence Yun is perfectly suited to the task. The chief economist of the National Association of Realtors recently talked with us to offer his point of view of where we are and where we’re headed. 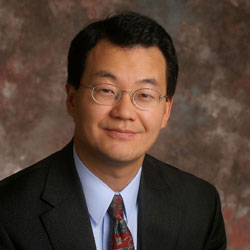 Atlanta Agent magazine: How healthy would you say the real estate market is heading into 2019?

Lawrence Yun: The housing market is definitely undergoing a transition from what had been a very steadily recovering condition, even as recently as the early part of this year. In the summer months things notably slowed down in terms of sales activity and traffic; buyers just haven’t been showing up at open houses. But the good news is that prices are still holding on, generally speaking. Nationwide, prices are rising in the 3 to 4 percent range. While these are more moderate increases than we’ve seen in recent years, that’s not necessarily a bad thing.
If prices can rise along with wages and the consumer price index, that’s a healthy trend. But in recent years they’ve been rising much faster than wages. In very heated markets like Denver and Seattle, prices have been going up three or four times faster than wages. And that’s not over just one year, but for five consecutive years. Surely that cannot last. But I’d say, aside from home price growth, one has to look at underlying factors. Ten years ago we had the housing crash in the aftermath of loose underwriting standards. Those standards have since been tightened. We’ve been adjusting to a healthy place where incomes and home prices are rising in a way that’s closer to being in tandem in last few months.
In terms of the regulatory environment, 2008 is fresh in people’s minds. The private sector is adjusting, independent of regulation, and mortgage accessibility is better because there aren’t such loose underwriting standards.

Another bright spot is construction loan availability. In many markets there’s a housing shortage. Many of the small homebuilders rely on loans from community banks, and deregulation under Trump has actually helped. These small banks had to comply with regulations designed to stop bad lending practices from last cycle. One thing being rolled back is the Dodd-Frank compliance rule that required more examiners to be in place. Now these banks, if they are not considered to be too big to fail, are making more loans, and they’re less afraid.

AA: What are some possible risks to the health of the market that real estate practitioners should be aware of?

LY: Rising mortgage rates threaten the balance. It’s not only income and home prices that determine housing affordability. We’ve had eight rounds of rate hikes in the past two years. Perhaps there’s a need to be more mindful and cautious. We know that rates will probably rise, but we hope it’ll happen in a measured way.
I’m thinking we’ll see somewhere around three more rounds of hikes through 2019. It’s very important that the Fed be mindful that the housing market is slowing down and they do not want to further decelerate it, or they could bring down the whole economy. I think they’re becoming more cognizant of that, because just a few months ago people were talking about maybe five or six rounds of increases, and now that’s come down a bit.

AA: Do you see continued impacts from the recent tax overhaul that could impact the real estate market in 2019?

LY: The tax breaks passed in late 2017 reduced the incentive to buy a home. It used to be that agents would say, “Buy a home and you’ll get a tax break.” But with the reduced need to do itemized deductions, fewer people will see that particular benefit of homeownership. Of course, for anyone other than those who have very high income, they can still deduct up to $750,000 in mortgage interest, and they can still get up to a $10,000 deduction in state and local income tax. People on the upper end, with multimillion-dollar homes, may not be able to fully deduct their property taxes, and that’ll result in an additional tax burden. You may begin to see price reductions and softness in the market due to that. On the other hand, people at the top of the market have benefitted from tax cuts, so they’re still doing well and buying homes.

AA: What are economists and others missing, in terms of the real estate market? What, in your opinion, isn’t being discussed enough?

LY: The supply issue is a big one. In my view, there is a sizeable housing demand that has yet to be released. Many young adults are still living with their parents and people are staying in the same residences for longer periods than before. I’m talking largely about younger people who have for a variety of reasons been slow to become homeowners, but who I believe could be ready to buy their first homes in the coming years if the right market conditions present themselves. If rates are right and prices are reasonable, the housing market could see a resurgence. But there needs to be supply that can absorb that pent-up demand when it becomes realized.