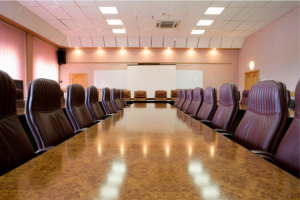 Century 21 CEO and president Nick Bailey announced this week that he will be leaving the company. The company’s chief growth officer, Michael Miedler, will be tapped for the role of chief executive and president. The transition to new leadership will reportedly be complete March 1.

Bailey announced his plans in a Facebook post on Monday afternoon. No indication of his plans for the future have been made public.

In a statement, Bailey cited a desire to live with his young family in his home state of Colorado as a factor in his decision. He joined Century 21 in August 2017, and prior to that he was vice president of broker relations at Zillow. “I have had an amazing journey within this industry, and I am so proud of the countless ‘thank yous’ I have received for my focus on growth [and] technology,” Bailey said.

During his brief stint at the top of the company, Bailey presided over an aesthetic rebrand that included new company logos, unveiled last winter. He also set a target for agents to double transaction volume from the 417,000 closed sales in 2017 to more than 800,000 over five years. It’s not clear whether that goal will shift or remain the same under Miedler’s stewardship.

“We are grateful for the unique mix of experience and industry insights that Nick brought to Century 21 Real Estate during his leadership,” John Peyton, president and CEO of Realogy Franchise Group, owner of the Century 21 brand, said in a statement. “I would like to thank Nick for his vision and tenacity, which have strongly positioned the Century 21 brand — as well as our brokers and agents — for the future.”

Miedler has been with Realogy, Century 21’s parent company, since 1998, serving in numerous roles. Globally, the Century 21 brand spans 80 countries, operates approximately 9,400 agents and draws on the efforts of 127,000 agents.