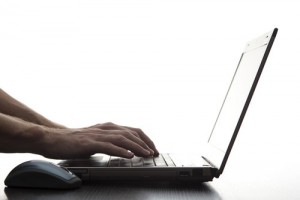 Redfin has been testing a pilot program that will allow homebuyers to make offers on homes listed on its platform without an agent representing them.

The program, dubbed Redfin Direct, has been in testing phases in the Boston market since March, and its next market is expected to be Virginia. The idea, according to Redfin CEO Glenn Kelman, came about because would-be buyers who did not have agents were frequently approaching Redfin listing agents, attempting to make offers. The company won’t allow an agent to represent both a buyer and a seller on a deal, so these buyers had to be turned away. The new program provides a way for such buyers to have a seat at the negotiating table without an agent occupying the one next to them.

One obvious problem with unassisted buying is that the typical consumer is unfamiliar with the ins and outs of the various fees and allotments of money that invariably go with buying a home—let alone what they should cost. Data supplied by Redfin will help inform users of parts of the homebuying process with which they might tend to be unfamiliar. Redfin will furnish users with information like typical earnest money amounts or how common the waiving of an inspection contingency might be for a given type of home in a particular market.

A previous iteration of the program in 2006 failed, and Kelman attributes that in part to a failure to furnish buyers with the kinds of data the new version will allow them to access. “We provided no factual information about what it took to win an offer in Seattle or San Francisco where this was first available,” he told Inman. “We were doing this when the listing agent worked for another brokerage – we had no capability to get someone in the home.”

The results of the new model don’t yet offer much of a sample size from which to judge its usefulness for buyers. In the Boston area, 127 Redfin listings have closed since late March, when Redfin Direct was first quietly rolled out. Out of those, five have used the new program, and 12 offers using the program and coming from unassisted buyers were rejected by sellers.

Sellers who close transactions using Redfin Direct will end up paying the customary 1 percent listing fee offered in many of Redfin’s markets, plus a 2 percent commission and a 1 percent transaction fee. It works out to 2 percent less than the average fee of 6 percent, which is generally split between the buyer’s and seller’s agents.

Kelman doesn’t expect the national rollout of the program to be a swift one.

This latest attempt to shake up how commissions work comes as many agents are debating whether the role of the agent is in peril, and as the National Association of Realtors deals with legal challenges that threaten to force a change in the way commissions are divvied up.