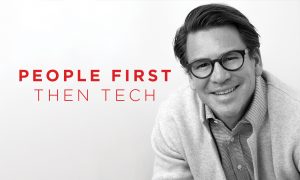 Last month, Chicago-based brokerage @properties embarked on its first venture outside of the Midwest when it announced a partnership with Ansley Atlanta. The independent brokerage will license its end-to-end technology suite, called Pl@tform, as well as buy into a portion of the Atlanta firm.

The company is one of very few independent shops that develops technology in-house. But according to Thad Wong, the company he co-founded in 2000 didn’t initially set out with any particular focus on technology. “Tech wasn’t part of our founding vision,” he said, adding that as the brokerage grew, he and co-founder Michael Golden recognized a need to create some of the tools that could help their agents stay focused on connecting with clients and doing more business. “When we couldn’t solve some of the problems by buying the tech, that’s just when we figured we’d build it.”

Wong is a strong believer in the idea that the digital tools agents use are a means to an end — and that end is selling more real estate, not having the most impressive toys. He credited that foresight for their success in the Chicagoland market. “Over time, we started adding more people. Then came the tech,” he said. “But that by itself, if that’s all we had, we would’ve failed.”

The company started to get serious about in-house technology around 10 years ago, Wong said, noting that if @properties hadn’t taken that step at that moment, it may not have happened at all. “It’s still incredibly rare for brokerages to do what we’ve done and hire engineers and build things like a consumer-facing digital [comparative price analysis tool]. And I think it’s going to get harder because profit margins are being compressed across the industry,” he said.

Part of the formula that made it possible to be a brokerage that builds its own digital tools, according to Wong, is not trying to do too much. “Sometimes re-creating tech that someone else has already built can cost you 10 cents on the dollar versus attempting to come up with a solution that you can claim is 100 percent your own,” he said. “I’ve seen a lot of money wasted on engineers who are building tech solutions that aren’t patented and could just be reproduced.”

The other part of it, he said, was listening to agents. “We’ve got effectively 2,800 consultants using our stuff on a daily basis. We can’t incorporate everything they suggest, but we do make changes all the time,” he said, adding that it also pays to be nimble and flexible. “We have to. A platform like the one we’ve made is never ‘done,’ and the minute we act like it is, someone will immediately make something better.”