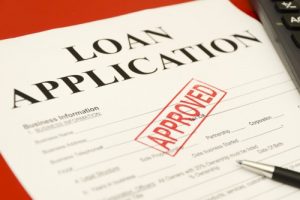 The number of applications filed for a new home loan fell from the previous week, according to the Mortgage Bankers Association, which was perhaps unsurprising considering the earlier report’s record-high levels. In the week ending June 14, applications for all loan types (both purchase and refinance) fell 3.4 percent from the prior week, but were still 4 percent higher than the same week last year. According to Joel Kan of the MBA, some of the decline could also be due to mortgage rates ending a six-week streak of interest rate declines, although the pullback was still marginal.

“Borrowers were sensitive to rising rates, but the refinance share of applications was still at its highest level since January 2018, and refinance activity was at its second highest level this year,” Kan said. Regarding the purchase market, he added: “Strong demand from first-time buyers and low unemployment continue to push this year’s purchase activity above a year ago.”

Average interest rates offered to mortgage applications in the last week were up only slightly from the week before, according to Freddie Mac’s Primary Mortgage Market Survey. The typical 30-year fixed-rate loan gained only 2 basis points (0.2 percent) as of June 20 to finish the reporting period at 3.84 percent. This is still 0.73 percent below the 30-year fixed-rate average of 4.57 percent one year ago.

“While the continued drop in mortgage rates has paused, homebuyer demand has not,” said Freddie Mac Chief Economist Sam Khater. “This is evident in increased purchase activity and loan amounts, indicating that homebuyers still have the willingness and capacity to purchase homes.”

What to watch next week

Even though the Federal Reserve didn’t act to move interest rates up or down at the conclusion of its policy meeting June 18, the financial markets celebrated the Fed’s apparently dovish stance. With Federal Reserve Chairman Jerome Powell sending stronger signals that the central bank would cut overnight lending rates soon, U.S. stock prices surged to new record-highs while yields on U.S. Treasury bonds fell to their lowest levels in years (bond yields fall as prices and demand rise). The 10-year Treasury yield is considered a key indicator for mortgage rates, and its continued decline suggests home loans could become even more affordable in the coming months.