These are the top issues impacting real estate in 2019 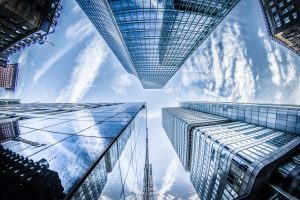 The Counselors of Real Estate, an international organization for commercial real estate professionals, ranked what its membership body recently voted on as the current and emerging issues it expects to have the most significant impact on real estate.

Topping the organization’s list in a detailed report released Wednesday was U.S. infrastructure, which it characterized as severely lacking, and lagging behind many other developed countries.

“Inadequate infrastructure creates a hard ceiling to economic development, and real estate values are tied to sustainable growth,” Julie Melander, the 2019 chair of The Counselors of Real Estate, said in a press release about the ranking.

The nation’s roads, bridges, tunnels, railways, airports, the power grid, water systems, and levees are all in need of improvement and have failed increasingly often, the organization said.

President Trump has pledged to address infrastructure woes, and the White House and Congressional leadership have discussed funding for infrastructure to the tune of as much as $2 trillion, but action commensurate with the scale of the problem has not materialized.

Housing in the U.S. was the second item on the list, and the organization put an emphasis on the impact of growing inequality and the rising tide of unaffordability in housing, particularly for the middle class.

“Housing affordability is threatening the stability of the middle class, which will hit other parts of the economy as well,” Melander said.

The recently-imposed limit on state and local income tax deductions, along with Baby Boomers having trouble selling their homes were additional housing-related challenges outlined by the organization. Challenges related to weather and climate were third on the list, while slow technological progress including outdated physical plant systems in many buildings, economic challenges and high levels of institutional and personal debt also made the list.