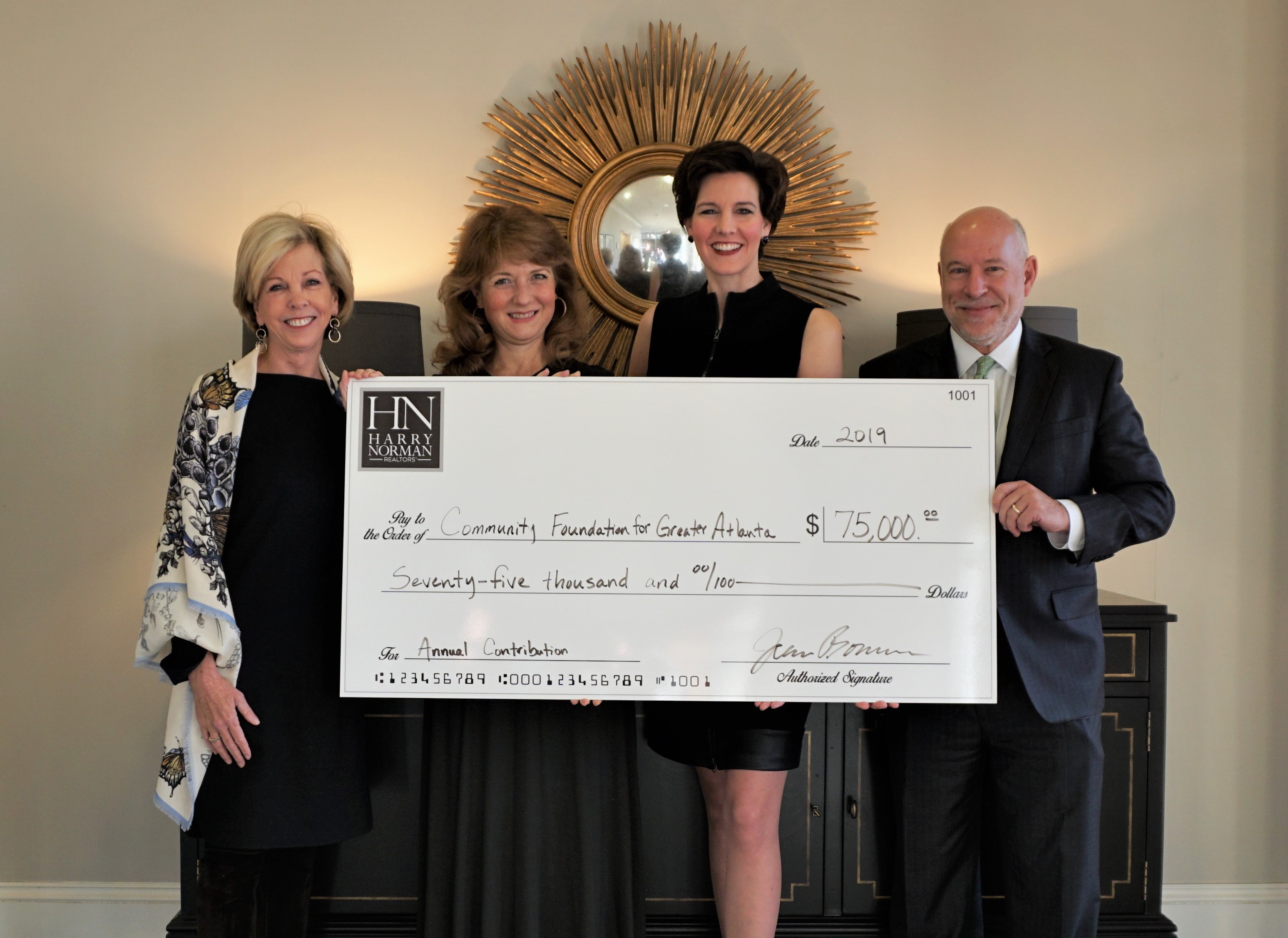 The fund was established in June and is made up of contributions from a portion of each closing from Harry Norman sales associates, each of which were matched by the company.

“This unique partnership with Community Foundation for Greater Atlanta allows us to focus our efforts on the communities that we proudly serve,” Harry Norman Realtors CEO and President Jenni Bonura said in a press release. “Giving back is at the heart of who we are as an organization and reflects our deeply rooted connection and devotion to Atlanta.”

Terry Mazany, SVP of Community Foundation for Greater Atlanta credited Bonura’s leadership at the firm for the establishment of the partnership.

“The ability for Harry Norman agents and associates to give back directly to their communities exemplifies their passion and commitment for this city and region,” Mazany said.

Charitable giving is nothing new at Harry Norman, which has supported more than 50 organizations over the span of nearly 90 years, contributing to organizations such as Habitat for Humanity, Ronald McDonald House, Toys for Tots and Make-A-Wish Foundation.