Whether they live in a red, blue or purple county, homeowners are benefiting from the strong real estate market despite the global pandemic, according to a new Redfin report.

But what political affiliation is doing better in the time of the coronavirus? That depends on whom you ask.

“Home values are up, which is great financial news if you’re a homeowner, regardless of your politics,” Redfin chief economist Daryl Fairweather said in a press release. The hot market might not be such great news for first-time homebuyers, he added.

“Many of them have long been priced out of urban blue counties and are searching in suburban swing counties and more rural areas,” he said. “This trend is being exacerbated by the pandemic-driven work-from-home culture, which is causing many homebuyers to place more emphasis on indoor and outdoor space and less on commute times.”

Swing counties saw the biggest drop in supply from last year, declining 35% year over year, followed by a 32% decline in red counties and a 22.2% in blue ones.

Blue counties saw the greatest increase in new listings, up 12.4% year over year, compared to 7.1% in swing counties and 3.8% in red ones.

Swing counties had the fastest home sales, with 43.5% going under contract within two weeks, versus 39.6% for blue and 35.3% for red counties. 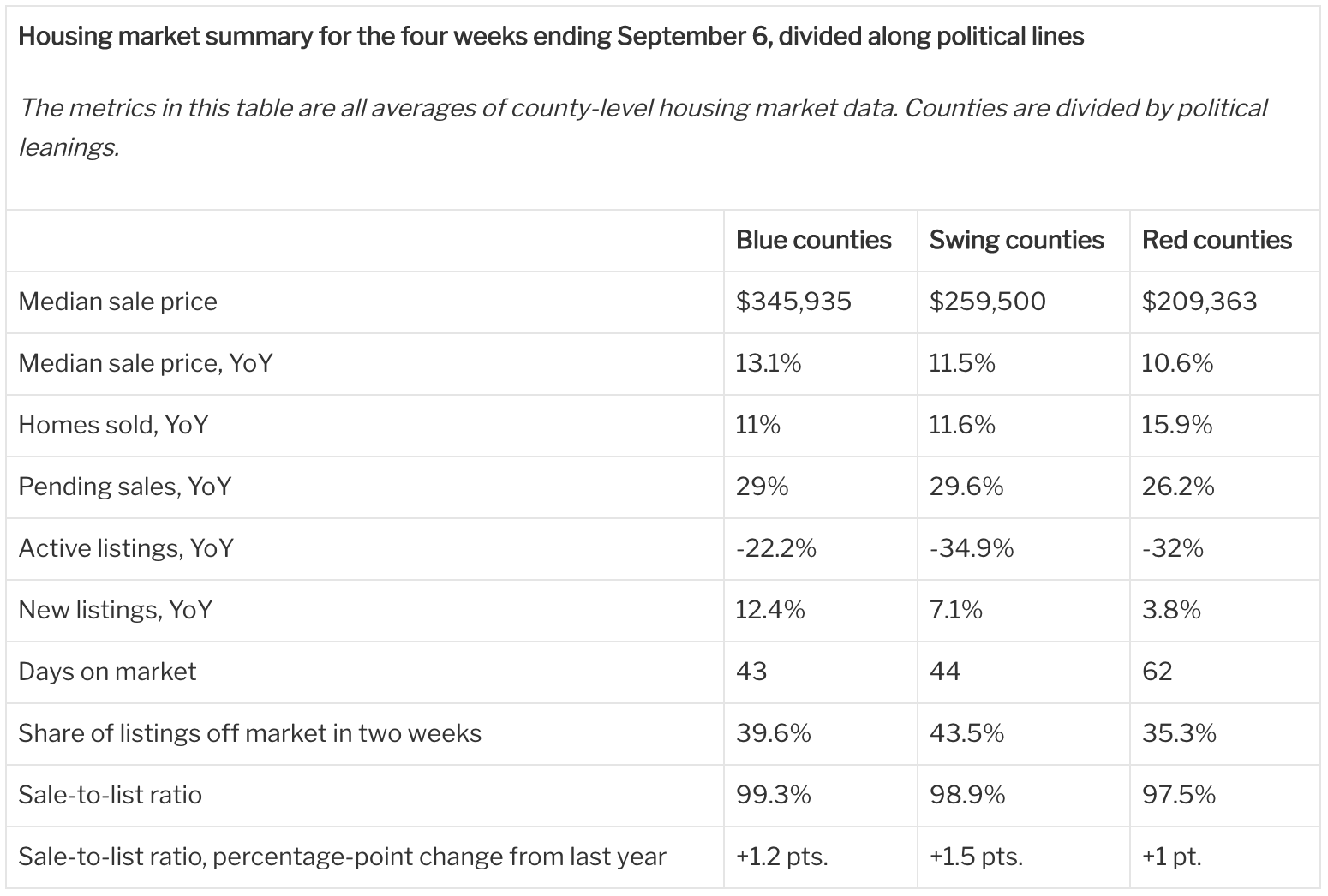