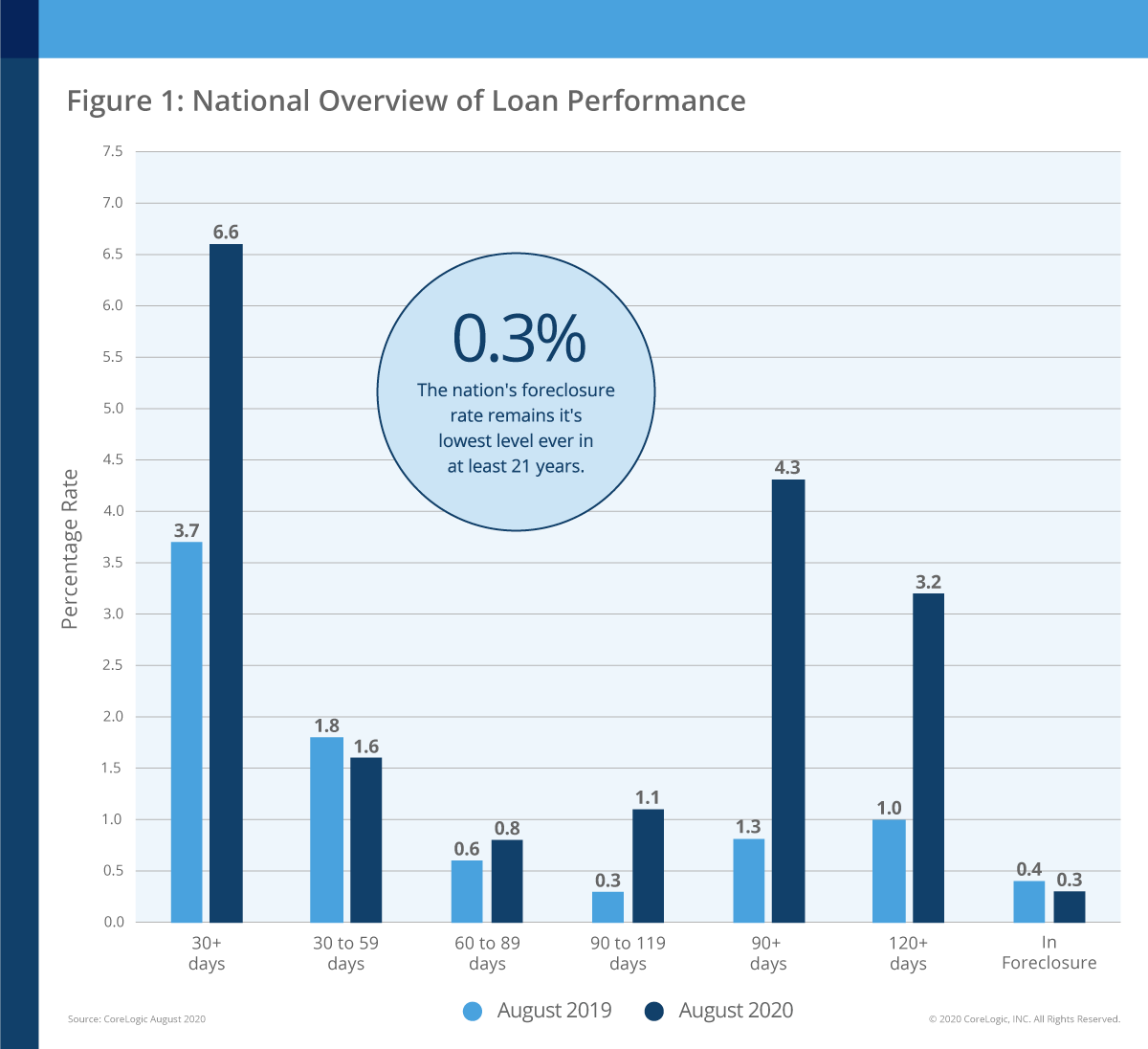 Forbearance measures are keeping foreclosures down despite increasing numbers of homeowners falling behind on their mortgages in cities across the nation, according to CoreLogic’s most recent Loan Performance Insights Report.

Nationally, 6.6% of mortgages were at least 30 days past due in August. That represents a 2.9% increase over the delinquency rates for August 2019, when 3.7% of all mortgages were delinquent. Those figures include homes in foreclosure.

“Five months into the pandemic, the 150-day delinquency rate for August spiked to 1.2%,” CoreLogic chief economist Dr. Frank Nothaft said in a press release. “This was the highest rate in more than 21 years and double the January 2010 peak during the home-price bust. The spike in delinquency was all the more stunning given the generational low of 0.08% in March and April.”

The August 2020 foreclosure rate was 0.3%, down from 0.4% in August 2019. This tally of homes that are at some stage of the foreclosure process hit its lowest rate since at least January 1999.

Homeowners with federally backed mortgages are eligible for a 180-day grace period. Those reaching the end of that grace period can apply for an additional 180-day forbearance, but back payments will continue to accumulate for those homeowners.

CoreLogic anticipates that those unpaid payments, coupled with the pressures of decreased household incomes, could lead to a wave of home sales in 2021 that are triggered by financial distress after those forbearance periods close out.

“Forbearance programs continue to reduce the flow of homes into foreclosure and distressed sales and has been the key to helping many families who have been particularly hard hit by the pandemic,” said Frank Martell, president and CEO of CoreLogic. “Even though foreclosure rates are at a historic low, the spike in 150-day past-due loans points to bumpy waters ahead.” 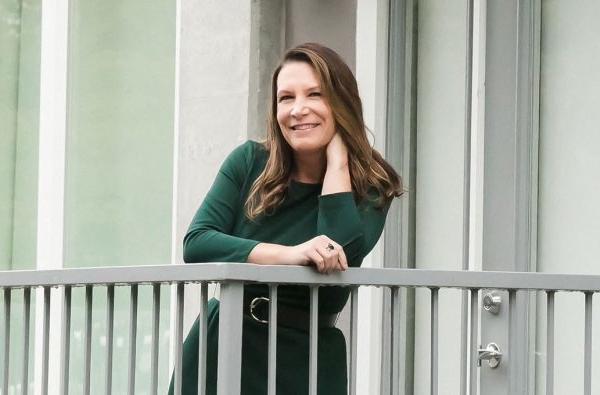