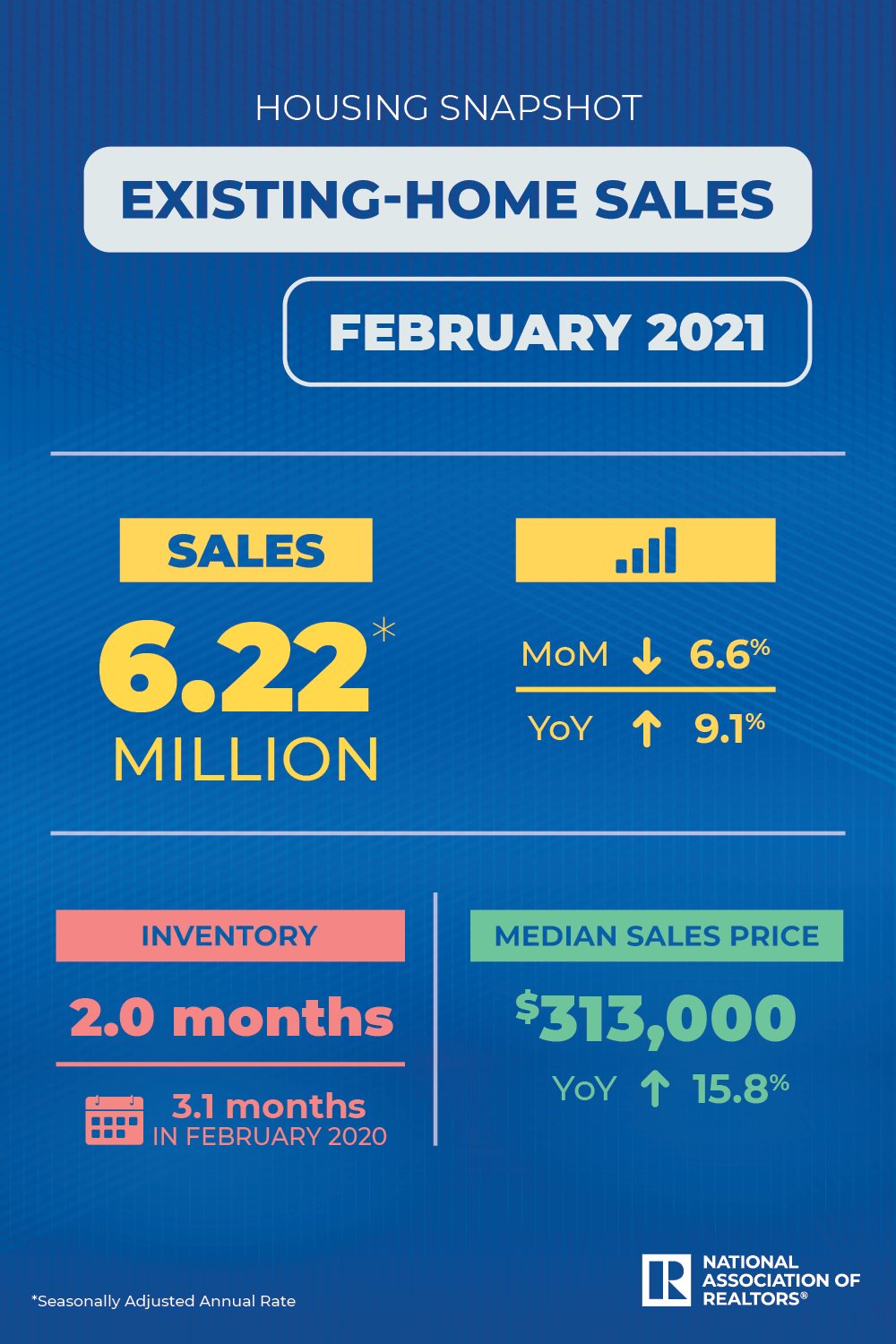 Home sales in the South experienced a one-month decline of 6.1% in February, but the rate was still 12.3% higher than a year ago, according to a new report from the National Association of Realtors.

Nationally, February saw a month-over-month decline of 6.6% for existing-home sales for a seasonally-adjusted annual rate of 6.22 million for the month. That’s 9.1% higher than last year.

“Despite the drop in home sales for February — which I would attribute to historically-low inventory — the market is still outperforming pre-pandemic levels,” Lawrence Yun, NAR’s chief economist, said in the press release. “I still expect this year’s sales to be ahead of last year’s, and with more COVID-19 vaccinations being distributed and available to larger shares of the population, the nation is on the cusp of returning to a sense of normalcy,” Yun said. “Many Americans have been saving money and there’s a strong possibility that once the country fully reopens, those reserves will be unleashed on the economy.”
The median price for all housing types jumped 15.8% from last year to $313,000, marking the 108th month of year-over-year gains, according to the report.

Properties are also still selling faster than last year, with the typical home taking 20 days to sell. That’s down from 36 days a year ago and down one day from January 2021.