The future site of the development, courtesy of Land Advisors Organization.

A developer recently closed on the $5.7 million acquisition of almost 340 undeveloped acres in LaGrange where it plans to build a mixed-use community.

LaGrange River Mill LLC and LRM Commercial LLC acquired the Troup County property in two transactions. The first, which closed last July, was a $1.9 million deal for 231.3 acres zoned for up to 480 homes, while the second, which recently settled, was a $3.8 million purchase of 108.4 adjacent acres zoned for commercial development. The seller, SLF IV – GA Mill Creek LLC, was represented by David Moore of Land Advisors Organization’s Atlanta office. 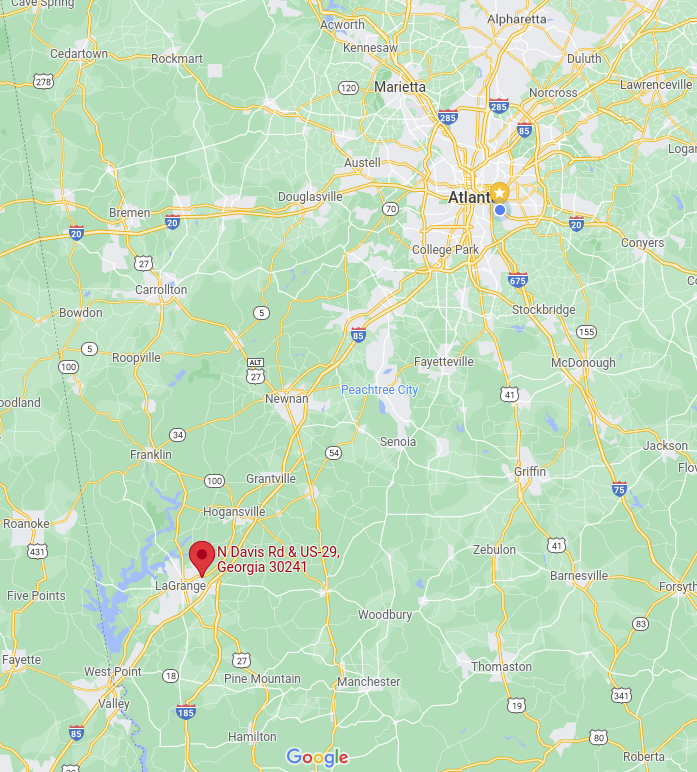 The property sits at Hogansville Road and Davis Road, one of the busiest crossings in Troup County, with a daily traffic count of more than 25,000 cars, according to a press release. The site is located roughly 2.5 miles east of downtown LaGrange and one mile west of I-85.

“The time-frame for construction/completion is ‘ongoing,’ as the buyer is actively working with retailers and homebuilders and could stretch over a number of years for a development of this size,” Moore said, adding that a high-end multifamily development has already been built nearby.

The developer aims to take advantage of an influx of workers that began in 2010 when Kia Motors opened an auto-assembly plant in Troup County. Since then, Kia and its suppliers have created more than 11,000 jobs in the region. A Great Wolf Lodge resort opened in the county in 2018, further strengthening the region’s employment base.