What are the biggest mistakes you can make with listing photos? 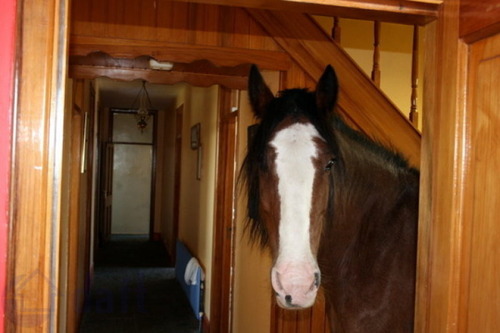 Whether it be on the Internet, in a brokerage office or in a chain email, we have all seen them – terrible real estate photos. If there is one thing all real estate agents should agree on, it’s that photos of a listing are crucial to generating interest in a home. However according to Andy Donaldson, not everyone got the memo. With more than 15 million hits in the past two years, Donaldson’s website, Terrible Real Estate Photos, explores the worst of the worst in listing photos. In fact, the site has become so popular that Donaldson recently published a book filled with some of his best worst finds.

Atlanta Agent recently spoke with Donaldson about his thoughts on real estate photography:

Atlanta Agent (AA): What are some common mistakes that real estate agents make when choosing pictures for a listing?

Andy Donaldson (AD): You name it: Not tidying up, leaving the toilet seat up, not flushing, not making the bed, leaving your thumb over the lens, they’re all surprisingly common. However the most common submission I receive to the website is the Accidental Selfie, usually in the bathroom mirror.

AA: What advice would you give realtors when they are choosing photos for a listing/taking photos?

AD: Keep it simple. Agents see hundreds of houses every year, so they may be tempted to be creative. But buyers don’t want to have to sift through artistic intepretations of a property, they want to see the basics, in as simple a format as possible. Photoshop is a dangerous thing in the wrong hands.

AA: What would you say are the most important things to avoid in estate listing photos?

AA: If you had to choose, what would be the worst estate photo you have seen?

AD: It’s a photo from an Irish farmhouse, in which a large horse has entered the scene. Not a problem if this was an image from the paddock or the stables, but this particular photograph was taken in the kitchen.

AA: Why did you start collecting awful real estate photos?

AD: I was looking to move houses in London a few years ago and was repeatedly reduced to tears of laughter at some of the images I came across on real estate websites. It felt like too good a form of entertainment not to share with the rest of the world, and thankfully the rest of the world seems to agree.

AA: What inspired you to write the book “Terrible Estate Agent Photos?”

AD: Fundamentally, it was a desire to sit alongside the likes of Whitman, Poe, Twain, Dickens, and Steinbeck. OK, not really. Once the blog had established itself, and was receiving around 1M hits per month, it made sense to produce a printed version to act as a permanent reminder to real estate agents everywhere. I like to think there’s a copy in every office, acting as a reference manual for “How Not To Do It.”

AA: How did you find all of the awful photos for your book?

AD: To begin with, I found them myself on UK and US real estate sites, but now I’m sent them from all over the world – fans of the blog submit them via the website (terriblerealestateagentphotos.com). I’ve published examples from UK, USA, Canada, France, Germany, Norway, Sweden, Finland, Belgium, Holland, Romania, Spain, Italy, South Africa, Brazil, Argentina, Mexico, Australia, New Zealand… it’s a long list.

AA: Do agents/sellers ever give a reason for their terrible estate photos?

AD: In many cases, it’s not the agent’s fault, sometimes the greatest photographer in the world would struggle to make a certain house look attractive. However no, I’ve never spoken to an agent who was willing to admit responsibility for any of the photos on the blog.

AA: Do you have any past experience in real estate?

AD: No. Although I do live in a house, so in that sense I think I’m reasonaby well qualified.

The Worst of the Worst in Real Estate

Atlanta Agent went through the photos on Donaldson’s site and posted our favorites below. The commentary is from Andy Donaldson.

Architectural historians differ on whether or not the indoor pool is an original feature.

A rare example of what architectural historians refer to as a “fertility window.”

Oh don’t mind Baxter. It means he likes you.

Wake up Eric, the agent’s here. And for heaven’s sake put some clothes on.

He got the angles almost perfect, but despite his efforts Barry remained visible to the trained eye.

A tragic scene. This is what happens when a smurf bursts.

Whatever the question is, “I don’t know” is the answer.

This property would make an ideal restoration project. Just as soon as you’ve emptied it of all its contents and burnt it to the ground.

We call this the blue room.

Some cultures have no word for “matching."

Microsoft has released a Real Estate Agent edition of Photoshop, with security features designed to prevent this sort of thing.

To save on hiring expensive photographers, agents are often happy to use footage provided by paranormal investigators.

Some people like to read while on the toilet. Others prefer to be inundated by multiple confusing and contradictory reflections of themselves, repeating into infinity.

Elements of this property were recently added by an imaginative 5-year-old child.

Behold, the Gateway to Almost Certain