The Jobs Report: 6 Good Things (and 2 Bad Things) For Housing

The latest government jobs report was highly encouraging for the economy – and, as a result, for the housing market. 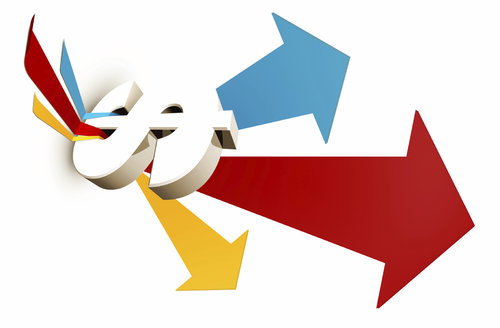 Good news alert! The government’s latest jobs report came out last week, and it was a very encouraging one not only for the economy, but also for the housing market.

Below, we’ve counted six positive developments from the report, as well as two lingering problems that could affect housing:

1. Big Numbers – The economy added 321,000 jobs in November, which is the single best month of job growth since Jan. 2012; in addition, the government revised its numbers for October and September, showing 44,000 more jobs than previously thought.

3. Eight-Year High – Similarly, U.S. employers have added quite a few workers to their payrolls in the last 12 months – so much, in fact, that the last time we saw this many workers added was in 2006.

4. Record-Setting – Speaking of payrolls, the U.S. economy has now delivered 50 straight months of payroll growth; that’s a new record, and the old record of 48 weeks stems back to the mid-1990s.

5. Long-Term Unemployed – The unemployment rate remained at 5.8 percent, but the share of long-term unemployed workers (meaning people who are out of work for 27 weeks or more) is now at its lowest level since March 2009; though still relatively high at 30 percent, that’s a hefty drop from the recession-era high of 45 percent.

All those aforementioned trends and numbers are highly promising, but lurking beneath all that optimism are two trend that still pose problems for the economy and housing market going forward:

1. Involuntary Part-Time Labor – We wrote a whole story about this phenomenon not too long ago, and it’s a trend that bears constant attention. Simply, there are still millions of Americans working in part-time jobs who desire full-time work, and at 4.3 percent of the labor force, it’s still much higher than the pre-recession low of 2.3 percent.

2. Slow Wage Growth – Wages grew by 0.4 percent from October to November, and were up 2.1 percent annually. Those numbers may seem impressive – especially when coupled with falling gas prices – but in reality, they’re barely above the rate of inflation, and suggest two things about our economy right now: one, that if consumer spending increases, it will likely be for smaller things, such as Christmas presents or other modest goods; and two, such numbers suggest that even with the number of jobs increasing, the wages accompanying those jobs are not enough to significantly boost spending.

Wages are another area of focus in our economic reporting, and for good reason – after all, without strong incomes, U.S. consumers will not be able to buy homes.