Could These 3 Developments Undo the Housing Recovery?

Housing has made definite progress the last couple years, but there remain pitfalls on the long, winding road to recovery. 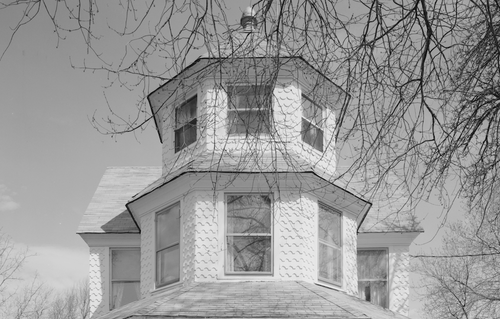 Mortgage rates remain at record lows; home sales, though down from 2013’s highs, are still miles ahead of the doldrums in past markets; negative equity and foreclosures are both a shadow of what they once were; and the economy, slowly but surely, is improving.

Yes, there are many reasons to be optimistic for 2015’s housing market, but we’d be amiss if we gave off the impression that it will be a smooth, easy road to recovery from here on out; so, with that in mind, here are three developments that could give housing some problems, as it slouches towards normalcy:

1. MIA Investors – Arguably the biggest reason for 2013’s soaring housing market was the presence of deep-pocketed real estate investors, who purchased thousands upon thousands of properties across the country with the distinct purpose of rehabbing those properties and then renting them out.

Last year, though, investors largely took a back seat – both rising home prices and rising mortgage rates taking a bit out of their returns – and home sales suffered as a result. Indeed, investors accounted for just 15 percent of transactions in Nov. 2014, down from 20 percent at the start of 2014, and sales for homes priced $100,000 and less fell 16 percent year-over-year in November.

This development is not entirely bad – after all, if there is less investor activity, then that probably means that our housing inventory is becoming healthier – but at the same time, there remain millions of delinquent homes and foreclosures in desperate need of buyers, and if investors are not around to purchase those properties, then the recovery could drag on for a bit longer.

2. Weak Income Growth – The nation’s unemployment rate may be falling, but American’s wages are growing at a pitifully slow rate; in other words, incomes are not rising at the rate that will allow more consumers to purchase homes.

We sometimes forget how costly purchasing a home truly is. Even with a lower down payment, the various closing and moving/furbishing costs are extensive, and given that Millennial wages are falling and millions of Americans remain stuck in part-time jobs, the economic climate is simply not conducive to more home sales.

And perhaps the most troubling stat of all came from a Federal Reserve report last fall, which not only found that 57 percent of Americans who had savings prior to 2008 used up some or all of their savings following the recession, but also, that only 48 percent of Americans can cover an emergency $400 expense without either selling something or borrowing. If more than half of Americans need to sell possessions or borrow to cover $400, how could they manage a down payment on a house, even at just 3 percent?

3. Rising Mortgage Rates – We may be starting 2015 with more record-low mortgage rates, but there’s a very good chance that the Federal Reserve will increase interest rates some time this year to stave off any chance of inflation.

Though analysts normally overstate the impact of incremental rate increases, sudden spikes can wreak havoc on the marketplace – a fact that the summer of 2013 made abundantly clear.