In March, cash sales fell about 5 percentage points year-over-year to 34.6 percent of total home sales nationally. While the drop is a positive note for the industry, it’s not all that surprising. March’s decline is the 27th consecutive month of year-over-year declines, which began Jan. 2013.

Since cash sale hit their peak share in Jan. 2011 at 46.5 percent, their significance in the national market has faded substantially. A large reason for the decline is the drop in foreclosed and distressed properties, which formerly gave investors ample crops of low hanging fruit to pick and flip, as well as a general exodus of all-cash and foreign investors, who’ve left for more immediate returns and less robust currencies.

Nationally, CoreLogic researchers expect cash sales share to hit pre-crisis levels of 25 percent by mid-2016. However, at the metro level, there is a great diversity among markets.

In the Dogwood City, cash sales continued their descent into irrelevancy, dropping year-over-year from 36.8 to 29.1 percent. Levels are now refreshingly close to the pre-crisis benchmark of 25 percent.

Statewide, March cash sales made up 31 percent of total sales. 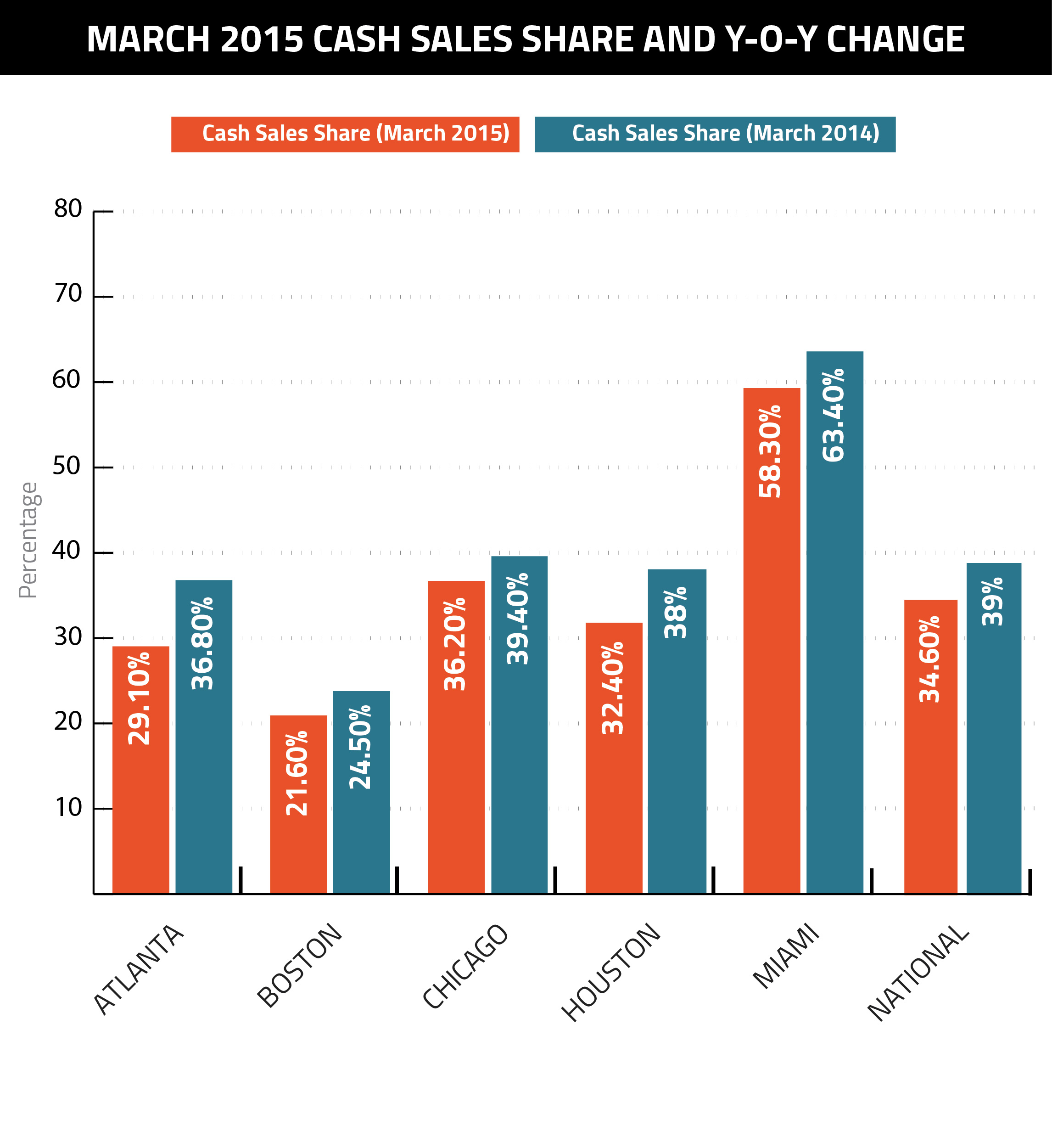