Atlanta Among Most Affordable Housing Markets for Millennials

Atlanta is still budget-friendly for Millennials 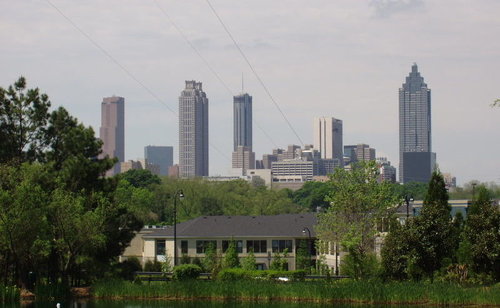 Although skyrocketing housing costs and limited space have kept millennials from buying housing in popular metropolitan areas, Atlanta housing is still in the range of affordability for the average millennial.

Bloomberg L.P., a financial software and data company, compared the median home value of the top 50 metropolitan areas to the median Millennial income to calculate how much more Millennials would have to make each year to afford to live in each city. Atlanta is one of the most affordable cities on the list, ranking 37 out of the top 50 most expensive metropolitan areas. The median home value is $156,175, which, compared to the median Millennial annual paycheck of $35,970, makes Atlanta’s housing market one of the best for the Millennial budget.

While Millennials haven’t been priced out of every metropolitan area, many of the cities where they have been priced out are the spots with the best job markets for Millennials. San Jose, one of the best cities for STEM graduates, is $80,162 outside of the budget for the average Millennial. The biggest gap between home values and Millennial earnings is along the West Coast. In the top three California cities (San Francisco, San Jose and Los Angeles), the average Millennial isn’t making even half of what they need to afford a house.

Affordability has worsened considerably in just the last four years. In the National Association of Realtors’ 2011 Housing Affordability Index, New York City was just outside the scale of affordability, but, as the Bloomberg study shows, the 2015 Millennial yearly paycheck is $6,550 away from affording a house in the city.

But Atlanta hasn’t pushed Millennials out yet. With a low median home value and low costs for everyday things such as groceries and parking, Atlanta is one of the most affordable places for Millennials to live. And with construction on the rise as well, Atlanta may see a influx of Millennials in the next few years.