The 5 Facets of Cellphone Etiquette

Ever-present cellphones create new social habits – and opinions on them 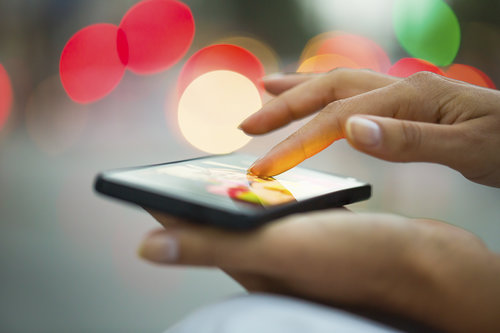 It’s virtually impossible to go anywhere without seeing someone on their cellphone, whether they’re talking, texting, answering emails, using apps or social media, or listening to music. Cellphones have become a key part of life for Americans, which begs the question of when it is or isn’t okay to use your phone.

A new study from Pew Research Center detailed both how frequently people used their phones, and their opinions on when it was and wasn’t acceptable to use their phones. Here are five of the most notable findings from the report:

1. People Always Have Their Phones – Ninety-two percent of U.S. adults own a cellphone of some kind, and 90 percent of them say their phone is always with them. Thirty-one percent of cellphone owners say they never turn their phone off, and 45 percent rarely turn it off.

3. People use Phones Despite the Setting – Despite 82 percent of adults saying that by using a phone during a conversation it hurts the conversation, 89 percent of cellphone owners say they used their phone during their most recent social outing. Eighty-six percent say that cell phone use by someone else occurred at their latest gathering. Twenty-five percent of cellphone owners say that using their phone takes some of their attention away from the people they are with at the time.

While there is a subset of people who use cellphones to retreat from the group, only 30 percent cited an anti-social reason, compared to the 78 percent who cited a social reason.