Why are So Many Millennials Still Living at Home? Here’s Why

Many Millennials still live at home with their parents. Why? 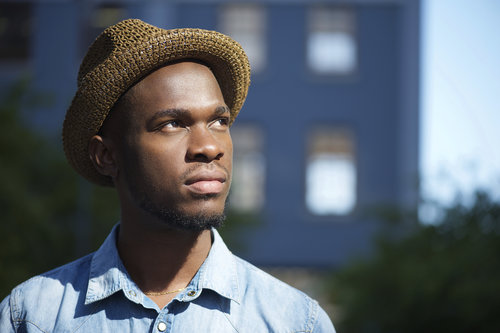 It’s a question that’s been plaguing the housing market since the economy started to recover – why are Millennials still living at home?

Despite all indications that Millennials should be starting to move out of their parents’ homes (due to the stronger economy and job growth), new numbers show they are not. The share of 18 to 34 year-olds living with their parents was 31.5 percent in 2015, a slight increase from 2014’s 31.4 percent. In addition, according to a Pew Research Center report, the share of young adults living with parents is at its highest level since 1940.

Here is a graph from economist Jed Kolko that shows the rise in Millennials living at home: 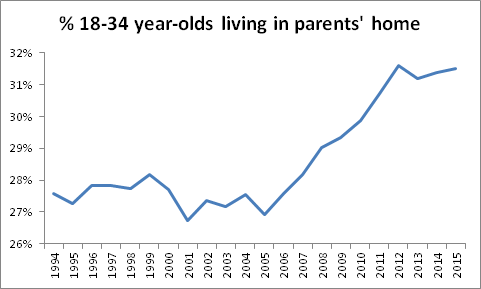 As Kolko explained in his analysis, that high level might be the new normal. The rise began in 2005, and lasted until 2012, where it has remained at record levels. While the obvious suggestion is that the trend is due to the aftershocks of the recession, Kolko argues that we would have seen a shift back down if that was the case.

In his analysis, Kolko concluded that the rise of Millennials living at home is a demographic shift, one that is not going away any time soon. A high share of adults aged 18 to 34, Kolko explained, are on the younger end of the spectrum, and younger adults are more likely to live with their parents than older young adults.

Additionally, Millennials are waiting longer than other generations to get married, according to a NeighborWorks America survey released in October. In 1970, 49 percent of 18-to-34-year-olds were married with kids. In 2015, only 20 percent of young adults were married with children. Considering that 43 percent of respondents planned to purchase a home after they married or moved in with a partner, delaying marriage significantly affects the first time buyer’s market.

Such trends imply that the theorized wave of Millennials buying their first homes might not be as significant as originally thought, considering the generation’s struggles with slow wage growth. For those with a college degree, student debt is an extra burden.