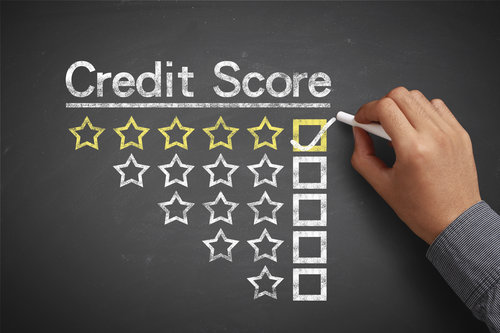 After years of heavy reliance on FICO scores, some lenders are now saying FICO’s view is too narrow, focusing too much on past behavior and not enough on consumers’ present circumstances. Alternative scoring systems have become a viable option, especially for would-be homebuyers who struggle to obtain financing in today’s market.

Lending platform SoFi is one such company, having removed FICO data from consideration in its mortgage approval process and opted to instead evaluate borrowers using its own “non-FICO lending scheme.”
“Our approach to underwriting is bared on transparency and balancing the needs of our members and investors, and we found that the FICO score was anything but transparent,” said Mike Cagney, the CEO and co-founder of SoFi.

SoFi is only one lender on a list of institutions moving away from FICO, and the motivations for that movement are diverse.

In a 2015 article, Forbes outlined a series of motivators behind the anti-FICO trend, which included: more Millennials eschewing credit cards; a disregard of cash flow; the impact of complicated medical debt and collection items on scores; and a laundry list of other factors FICO ignores, like a person’s ability to save for a down payment or make rent payments on time. It was for these reasons, among others, that U.S. Representatives Edward Royce (R-Calif., 39th) and Terri Sewell (D-Ala., 7th) authored the Credit Score Competition Act of 2015 (HR 4211).

The bill, which is currently being reviewed by the House Committee on Financial Services, intends to address the “credit score monopoly” at Fannie Mae and Freddie Mac, which are currently relying solely on the FICO credit score model to determine which loans to back.

“The GSEs’ use of a single credit score is an unfair practice that stifles competition and innovation in credit scoring,” Rep. Royce said in a statement. “Breaking up the credit score monopoly at Fannie and Freddie will also assist them in managing their credit risk and decreases the potential for another taxpayer bailout.”

Looking solely at FICO, both Sewll and Royce argue, poses problems for consumers without access to traditional forms of credit.

“Homeownership is an integral part of the American Dream that shouldn’t be out of the reach for low-income, rural and minority borrowers who lack access to traditional forms of credit,” Rep. Sewell explained. “This legislation takes an important step towards addressing this issue and helps make homeownership a reality for more Americans across this country.”

According to FICO, as many as 53 million Americans do not have a traditional credit score. If HR 4211 were to ultimately make it through Congress, the result would be more inclusive GSEs that could consider alternative forms of credit in determining creditworthiness.

In an interview with National Mortgage Professional, Terry Clemans, the executive director of the National Consumer Reporting Agency (NCRA), explained that while alternative credit has been around for a long time, it wasn’t until recently that it became a dependable source for lenders.

“It was around prior to the creation of the underwriting systems. In 1998, the standardization of multiple facets for requiring most of the credit reports changed that,” he said, adding that alternative credit was also heavily linked to mortgage fraud during that time. “But now, post-financial crisis, we are going back in time and picking up some of the sound underwriting decisions that were done away with for speed and economy. Alternative credit is one of them.”

When alternative credit was first introduced, the loan originators were in charge of verifying the credit, which, as Clemans pointed out, was an extreme conflict of interest.

“They have an interest in the loan going through. That is kind of like putting the mouse in charge of the cheese,” he said. “The proper way to verify this is to have credit reporting agencies verify it.”

One such entity offering an alternative to FICO is credit-reporting company TransUnion, which recently introduced its CreditVision Link credit score. According to the company, the new product is meant to “combine both trended credit bureau data and alternative data scores – creating a more precise picture of consumer risk and their ability to manage financial commitments in a single point.”

SoFi – known mostly for its student lending, it also offers mortgages – claims to be the very first online lender to have completely rid its approval process of FICO consideration.

“We’re proud to be the only major lender that does not use the score for any lending,” Cagney said.
In lieu of FICO, Cagney explained that SoFi will establish creditworthiness by looking for “applicants who have historically paid their bills on time and make more money than they spend.” In his words: “It’s that simple.”

The company’s co-founder, Dan Macklin, further explained SoFi’s decision to free itself from FICO by describing traditional credit scoring as “inaccurate, hard to dispute and even harder to pin down.” He added that SoFi is more interested in a “comprehensive and forward-looking approach to assessing an applicant’s financial wellness.”

How Will FICO Adapt?

The prevalence and demand for alternative credit scoring has grown so much that even FICO has been forced to take action.

In April of last year, the company introduced a pilot program developed in conjunction with LexisNexis Risk Solutions and Equifax to allow credit card issuers in the U.S. to consider alternative data in determining eligibility.

In a statement accompanying the announcement, Jim Wehmann, FICO’s executive vice president for scores, expressed his excitement for how the new program is expected to extend access to credit.

“Working with Equifax and LexisNexis, we set out to help unbanked, under-banked and disadvantaged people gain equal access to the standard credit products enjoyed by millions of Americans,” he said. “FICO’s focus is on expanding access to credit, not simply scoring more people.”

As it stands, 90 percent of U.S. lenders use FICO scores. For now, it’s still the norm, but if challenges to FICO continue to gain momentum, that could change.