First hotel since revolution sets up shop in Cuba – developers to follow? 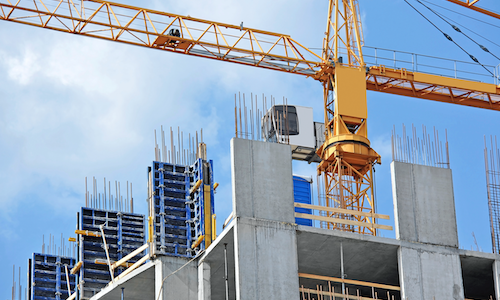 It was a big weekend for tourism in Cuba, as two American companies inked special deals sanctioned by the U.S. government to extend their business in the Caribbean island. And it could have big implications for developers hoping to find new business in the country.

In the lead up to President Obama’s historic two-day trip to Cuba – which took place earlier this week and marked the first presidential visit to the communist stronghold in 88 years – both Starwood Hotels & Resorts Worldwide and Airbnb solidified deals that will simultaneously boost access to Cuba for foreigners (particularly Americans) and acclimate the island’s economy to the presence of foreign-operated businesses.

The more significant development of the two deals is Starwood Hotels’, as Airbnb already had limited operations in the country.

After receiving special permission from the Treasury Department, the U.S.-based hotel company – which is in the process of being sold to Marriott International, though some speculate the chain could still go to China-based Anbang  – is now set to take over the operations of two separate Cuban hotels: the military-owned Gaviota 5th Avenue Hotel and the state-owned Gran Caribe Inglaterra Hotel. Starwood Hotels is the first U.S. hotel company to sign a deal with Cuba since the country’s 1959 revolution.

On the same day that Starwood received permission to open its hotels in Cuba, the Treasury Department also granted Airbnb permission to extend its Cuban presence – which started last month and has quickly become the company’s fastest growing market – to allow all tourists to use the service, not just Americans.

Other such deals are currently prohibited under the U.S. economic embargo of Cuba, but with relations improving between the two nations – and President Obama’s recent trip further strengthening those ties – the two deals could mark the beginning of more open access to the Castro’s tightly controlled economy.

When Atlanta Agent magazine reached out to the Treasury Department to determine what the future implications of the deals were for U.S.-based developers, the department’s press office responded in an email: “we do not comment on the existence or status of requests for, or responses to, specific licenses.”

But despite that tight-lipped response, all signs point to more American business heading to Cuba.

Not only are AT&T and Marriott International both currently working to complete similar deals with the Treasury Department and Cuba, but recent amendments to the Cuban Assets Control Regulations and Export Administration Regulations – which will improve international financial exchanges – as well as the Departments of State and Transportation approving scheduled air service between the two countries, speak to a serious effort to further unite the two countries’ economies.

“(The recent amendments) build on the actions of the last 15 months as we continue to break down economic barriers, empower the Cuban people and advance their financial freedoms, and chart a new course in U.S.-Cuba relations,” said Treasure Secretary Jacob Lew.

Commerce Secretary Penny Pritzker added that “these steps not only expand opportunities for economic engagement between the Cuban people and the American business community, but will also improve the lives of millions of Cuba’s citizens.”

Since the U.S.’s rapprochement with Cuba in December 2014, international visitors have risen in the island nation by 17 percent to a record 3.5 million – American visitors have increased by 77 percent to 161,000, according to Fortune. The presence of foreign travelers and businesses is only expected to grow, and any developer lucky enough to find a foothold in the largely underdeveloped country stands to not only help foster cultural change, but make a pretty penny in the process.

“It is a priceless piece of untouched real estate, which due to obvious circumstances has been preserved architecturally and culturally,” said Daniel Lebensohn, principal of the Miami-based developer BH3 Management LLC. “Cuba is in a time warp, whose preservation is enormously appealing to developers because from it derives an authentic and relatively untouched environment that so many tourists, investors and buyers are desirous of experiencing.”

Lebensohn called the prospect of infusing Cuba with modern development an “exciting and compelling possibility,” but reaffirmed the difficulties business face entering the market, despite the recent strides.

“It still lacks appropriate infrastructure and proper title insurability,” he said. “And until those issues are resolved, and they can be resolved, you will see limited material investment there.”

Still, the South Florida developer acknowledges the hunger to start building in the country: “There is no question that many developers would have an appetite to develop in Cuba.”