Being an international agent: 9 things to know about Colombians 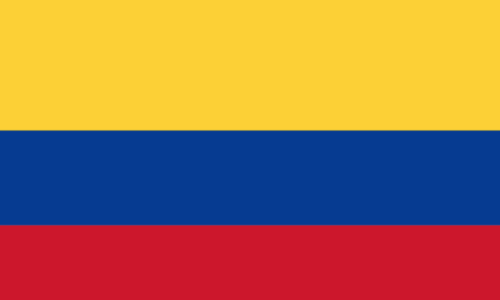 The international market is a valuable one for real estate agents, but only if they’re able to capture it. Just as Americans have particular customs so ingrained they’re almost considered common sense – such as shaking hands during a first meeting – foreign buyers are products of their culture. And if the handling agent does not take the time to learn and understand those differences, they may be losing out on a big sale.

As part of an on-going series, we’re going to be exploring the particulars of what agents need to know about how their international clients conduct business in their home countries. This week we looked at Colombians:

1. When conversing, Colombians tend to stand closer together than Americans, but engage in less physical contact throughout. They also expect eye contact during the conversation – otherwise an agent may leave a bad impression.

2. Depending on the weather, Colombians are used to different forms of business attire. In more moderate weather, men are expected to wear dark colored suits, and women are expected to dress conservatively and moderately. However, in warmer weather, business dress may be less formal. Whichever climate an agent finds themselves in, they should keep in mind that shoes are often the first things Colombians will notice about a person. Agents should don footwear appropriate to the situation.

3. The customary greeting for a business meeting in Colombia is a handshake, but women from the country may instead choose to use forearms instead of hands.

4. It is considered bad manners in Colombia to launch head first into a business conversation. Natives of the country prefer to precede shop talk with a healthy amount of casual conversation. They like to get to know the person they’re working with.

5. Business is more of a process for Colombians. They prefer to meet in person rather than work through phone or email, which is why it’s not uncommon for a deal to take several meetings before it’s closed. They also prefer to take their time, which is why agents should schedule meetings in advance and account for delays that could last up to a half hour. And whatever you do, do not yawn in public; they’ll find it offensive.

6. It’s pretty common for agents (and Americans in general) to use two fingers to demonstrate the length of something. However, for Colombians, the gesture is obscene and offensive. Instead, agents should extend their right arm and use their left hand to show length.

7. When showing an existing home, agents should not be surprised if Colombians are hesitant to explore the kitchen. They find it very offensive to rummage about another person’s kitchen – particularly the refrigerator. Let them know it’s alright.

8. Colombia is currently suffering from the abysmal value of crude oil, which is the country’s lead export. When the price of oil dropped, the value of the country’s currency (peso) dropped with it. The devaluation of the peso has been a good motivator to push Colombian buyers to move their money offshore (and into American real estate).