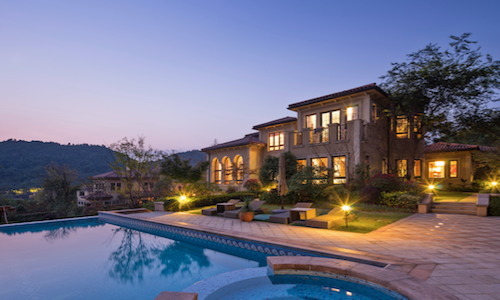 Jonathan Smoke is the chief economist for realtor.com, and in a commentary he recently wrote for CNBC, he suggested the nation’s current economic arrangement is a “nearly perfect scenario” for this summer’s real estate market.

“During the boom, loose credit enabled unsustainable increases in home ownership as well as speculative over-building,” Smoke wrote. “We all know what happened next.”

In May, home sales year-to-date were up 6 percent year-over-year, according to the National Association of Realtors. Case-Shiller reported prices increasing 5 to 6 percent. Both factors lead Smoke to describe the performance of today’s real estate market as the “strongest…since the housing boom.”

But the market is not without its challenges.

As a reaction to the mortgage crisis, loose credit became exceedingly tight, and where once buyers and builders could easily secure financing for their homes and projects, it then became a much more selective process – some would argue too selective.

“Today we still haven’t recovered completely. For instance, right now we’re building only about half the new homes we need to keep pace with the number of households being formed,” the economist explained. “That’s happening in part because the construction industry is having a tough time accessing credit – which is also a problem for consumers.”

Narrowed capital flows are stunting builders and keeping inventories low, which, in many markets, is leading to multiple-offer situations and hyper-appreciation of prices.

However, while Smoke acknowledged the hurdles antagonizing the market, he reminded in his commentary that “things are still looking good.”

The reason for Smoke’s optimism is simply that there are more good things going on in the market today than bad – and even the bad, he noted, are not as bad as they appear.

The good, the bad, and why the bad is still good

Firstly, unemployment rates are dropping. People are going back to work and finding new jobs. When employment rates escalate, so do the rates of household formations and, in turn, homebuying demand.

Secondly, Smoke wrote that consumer confidence is up, which is true about the economy overall as well as in regards to the prospect of buying a home.

And thirdly, Brexit, despite the immediate problems it has caused for the European Union and the British pound sterling, has helped to push down interest rates in the U.S.

“Lower rates expand buying power and create a sense of urgency especially as would-be buyers get the message that rates will never be lower,” Smoke wrote.

In time, mortgage rates will rise from their current historic lows, and with prices likely continuing to appreciate, albeit at slower rates, homebuying demand will soften and the market will normalize. However, Smoke wrote that particular scenario is not expected until at least later this year – and possibly even beyond that, as the factors currently hindering housing (tight credit and limited construction) are, according to Smoke, also preventing oversupply and, in turn, a downward cycle in real estate.

“As for now,” he wrote, “we have nearly a perfect scenario that sets us up for the best summer for residential real estate in a decade.”