A year after TRID: Why some lenders still disapprove, and most borrowers don’t 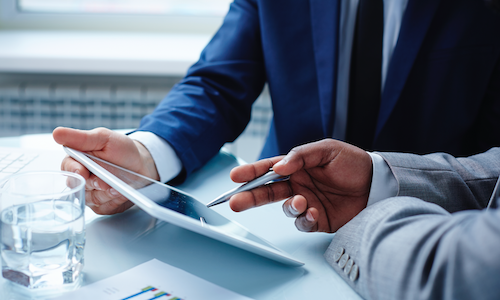 When TRID came into effect in Oct. 2015, the big fear was a consumer-facing one. “TRID is going to delay loan closings,” the industry said.

But it hasn’t – at least not for the majority. In Ellie Mae’s most recent loan origination report, which covered July 2016, the average time to close a loan was 46 days – two days faster than a year prior. Maybe the TRID fears were overblown.

A matter of preparation

The discrepancy between lenders who have adjusted to the rules and those who have not may lie in preparation, according to Ron Haddad, vice president of residential mortgage lending for Key Mortgage Services.

“My team and company were well prepared and did not experience any issues with implementing TRID,” Haddad said. “Our operations and support staff were trained on the changes, and our IT department continues to update system software. But, like anything new, there’s a learning curve, and some lenders are still struggling.”

Immediately following TRID’s implementation, the industry cried foul over how the Consumer Financial Protection Bureau, or CFPB, had handled the rule change. The big complaint was that the CFPB had not provided adequate information for how lenders should react in unusual lending scenarios, or how technical errors could be corrected without mortgage providers taking on unfair liability.

Rep. Brad Sherman (D-Calif., 30th) – who introduced a bill that would establish a grace period for lenders that failed to comply with TRID rules but were making “good-faith efforts” to do so – illustrated the difficulties of understanding TRID with a boat metaphor.

“When a ship is first launched, it’s typical to take it out on a ‘shakedown cruise’ to make sure that everything is working as it should,” he said. “These regulations are at least as complicated as the most complex sea-worthy vessel.”

In response, the CFPB created a sort of message board for lenders to voice their complaints and explain their difficulties, so the bureau could in return provide more specific guidance. More recently, it published a 293-page proposal to revise TRID, which addressed specific concerns from lenders such as exemptions regarding down payment assistance, how to calculate cash to close, and the “black hole problem,” in which a borrower changes his or her closing date after the Closing Disclosure has been written up.

“[The proposal] addresses head-on a number of items we’ve struggled with,” John Levonick, chief compliance officer at Connecticut-based Clayton Holdings, told National Mortgage News. “This is not a cure-all, but it is a significant move in the right direction.”

But while some lenders are treating TRID as a headache, consumers (who have previously and recently gone through the mortgage process) seem to prefer the new rules, according to a recent survey from ClosingCorp, a mortgage data provider.

“TRID provides clarity with fees and loan terms. Transparency and disclosure is welcomed by homebuyers,” Haddad said. “In the future, some aspects may change, but TRID is healthy for the consumer and lending industry.”