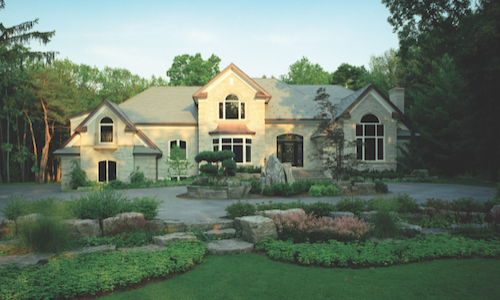 Improving a home’s curb appeal is a quick and relatively inexpensive way (as far as home-improvement projects go) to boost a home’s value. In NAR’s annual Remodeling Impact Report, the association surveyed nearly 2,000 Realtor and broker members to ask what curb appeal enhancements buyers tend to like best, what the costs of those projects were, and what kind of return they could expect on their investment.

Here are the top 5 responses:

1. Standard lawn care program (SLCP) – This is a basic lawn maintenance treatment, including six applications of fertilizer and weed control. Seventy-five percent of respondents reported they have previously suggested a seller do a SLCP priori to listing their home for sale, with 14 percent claiming the program helped close a transaction.

2. Overall landscape upgrade – Overhauling a front yard – which to NAR members, includes installing a natural flagstone walkway, adding a couple stone planters and planting at least five flowering shrubs and one deciduous tree – is a more expensive makeover than the typical fertilizer-hedges-trimmed lawn manicure. It’s also one that promises not only a full return on investment but a more invaluable benefit: homeowner happiness. Seventy-percent of consumers said that they “have a greater desire to be home since completing the project,” NAR reported.

3. New patio – The number of Realtors suggesting buyers install a new patio is small compared to the more simple projects, but that’s probably because not every home needs a new patio. For the homeowners who have installed a new one, about three-quarters say it has actually increased their sense of enjoyment while being at home.

4. New wood deck – Four percent of Realtors reported that installing a new wood deck had recently helped them close a deal. The reason is because it makes owners want to be in the home more (77 percent) and it makes them happier while at home (51 percent). It’s the most expensive project on our list, but the average project adds enough value to the home that the buyer ends up making a profit.

5. Landscape upgrade: Softscape – This particular project is all about adding greenery to a more clean-cut yard: five trees, 25 shrubs, 60 perennials, natural edging, boulder accents. It’s a project that more than 25 percent of Realtors suggest to their sellers.