The savings gap – why fewer Americans can buy homes 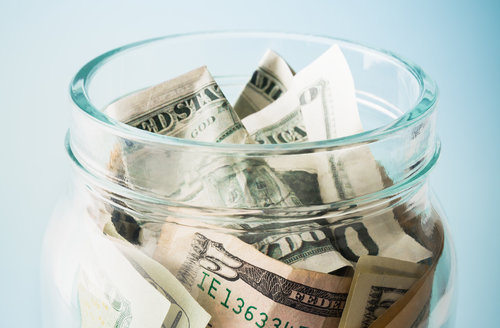 According to the 2016 Profile of Buyers and Sellers from the National Association of Realtors, 61 percent of all homebuyers used their savings to cover their down payment, while among first-time buyers, the share was even higher at 76 percent.

New research from GOBankingRates.com, however, has thrown a big bucket of cold water on that system, and for one simple reason – an alarming share of Americans have next to no savings.

A most alarming number

GOBankingRates’ new survey, which polled more than 7,000 people, found that an incredible 69 percent of Americans have less than $1,000 in savings, up from 62 percent a year ago.

Furthermore, 34 percent of Americans have no savings, and only 15 percent have more than $10,000 saved. Our chart below breaks things down in more detail:

As alarming as GOBankingRates’ main finding was, the particulars behind its research do not offer any consolation.

For instance, here is the firm’s breakdown by generation:

Even among Baby Boomers, who are the most financially secure generation in America, a full third lack any savings, and 36 percent have less than $1,000. Meanwhile, 56 percent of Young Millennials and 47 percent of Older Millennials have $4,999 or less in savings, which does not bode well for the generations’ immediate homeownership future.

Stuck on the bottom

Earlier this year, we reported on the State of the Nation’s Housing report from Harvard’s Joint Center for Housing Studies, which makes for sobering reading on America’s housing market. Nearly 40 million U.S. households commit at least a third of their monthly income to housing; more than 50 percent of renters commit at least half their income to housing; and among middle-class renter households, 75 percent experience burdens covering housing expenses.

Such stats coincide perfectly with GOBankingRates’ income breakdown, which we detail here:

Given those statistics, it’s hardly surprising that in its 2016 Profile of Buyers and Sellers, NAR reported that the median income of homebuyers in 2016 is nearly $90,000, and that only 23 percent of buyers earn $54,999 or less a year.