5 striking predictions on where housing is heading in 2017 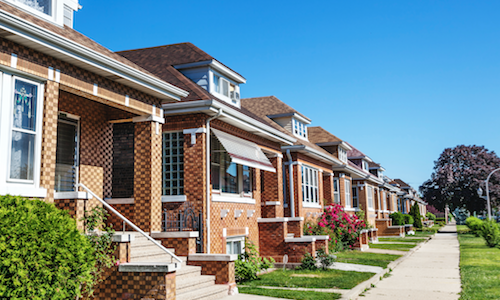 Nearing the end of another year, speculation is now hitting its greatest height for how the next chapter in the housing recovery will take shape.

Countless “experts” have offered cursory, drive-by analyses of where the market is heading, but there are a small handful whose opinions are worthy of attention. One of those people is Redfin Chief Economist Nela Richardson, who this week released her predictions for the 2017 market.

These are some of her most compelling thoughts:

1. Affordability will seriously dampen market growth – The economy is shifting, Richardson writes. The economic relevance of Baby Boomers is waning, leaving room for Millennials to fill in the gaps, particularly in the homebuying market. But to ensure the latter part of that prediction comes to fruition, wages will need to increase – which they haven’t been; or, home prices will need to fall – and right now, they’re expected to rise by 5.3 percent next year.

“The percentage of homes in America’s largest cities that are affordable on the median income has declined the past two years, and will continue to fall in 2017,” she writes. And it gets even worse – because so many potential home sellers are locked in to mortgage rates below 4 percent, it is unlikely they will sell; why risk, after all, a higher mortgage rate on a more expensive property? Demand is there for homes, which will keep the wheels turning, but until entry-level inventory rises, growth in the overall market will be stunted.

2. Super-fast sales – In 2016, the average number of days a listing stayed on market was 52 – which, Richardson points out, is the lowest recorded since Redfin started keeping track in 2009. Inversely, the average number of days it took for a buyer to choose and purchase a home was 83 days. Richardson also points out that same-day tours are up 27 percent since 2015, and that the number of tours overall is up 19 percent.

The explanation she provides for those trends is, in a nut shell, technology. Quoting Redfin CTO Bridget Frey, Richardson writes, “Instead of merely being informed about home sales, homebuyers and sellers are looking for a competitive edge. They want technology that will let them be the first to tour it and first to make an offer.” Both Richardson and Frey expect this trend to continue into 2017, further speeding up both the buying and selling process.

3. Mortgage rates will increase somewhat – The prospect of a Trump presidency, coupled to a lesser degree with the Fed’s anticipated rate hike, has resulted in a spike in mortgage rates, which have moved the 30-year FRM rate from around 3.5 percent in October to now above 4 percent. Richardson writes that Wall Street is optimistic about Trump’s proposals on increased infrastructure spending and tax cuts, as well as the impact they’ll have on economic growth and inflation. As a result, Wall Street is moving from the bond market to the stock market, which is pushing up mortgage rates. However, she writes that Redfin expects the rate to go no higher than 4.3 percent.

4. Greater access to home loans – There is a strong, ongoing debate about how possible future Treasury Secretary Steve Mnuchin’s plan to privatize Fannie and Freddie will impact the mortgage market. We suspect it will probably reduce loan availability and, ultimately, home affordability, but whatever happens, if the plan goes through, Richardson and Redfin do not anticipate an impact to the mortgage market until 2018.

In the meantime, Fannie and Freddie have increased their loan limits (for the first increase since 2006) from $417,000 to $424,000 in most markets, and from $625,500 to $636,150 in the most expensive markets. What that means is they’ll be able to guarantee more loans, which means banks will be able to comfortably issue more. Additionally, there are rumors that the FHA will lower their one-time upfront borrowers fee, which is currently 1.75 percent of the mortgage balance.

5. Your commissions are going to be lower –  There are simply more ways to buy a home today than there once were, and that optionality is making it harder for agents to charge a premium for their services. Richardson cites a survey Redfin conducted earlier this year, writing that “most sellers got a discount on the commissions they paid to their broker, and so did almost half of buyers.” There is no reason to believe that the number nor the popularity of “disruptive companies offer(ing) new, money-saving ways to buy and sell homes” will stop growing.