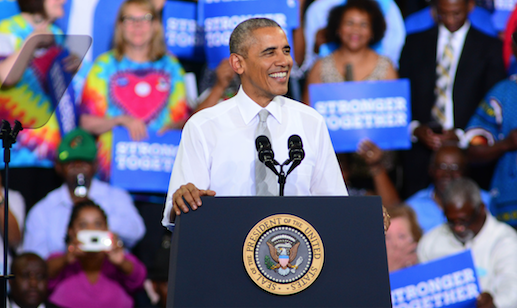 President Obama’s legacy will take shape over the coming years, but one thing is clear – he will be remembered as a champion of homeowners, a fact his record bears out.

Here are a few of his most notable achievements, as they pertain to housing:

1. He reformed Wall Street – President Obama signed into law the Dodd Frank Wall Street Reform and Consumer Protection Act in 2010, which imposed a litany of regulations to shore up the weaknesses that caused the collapse of the mortgage market, and triggered a worldwide economic crisis. And although some mortgage professionals have cried foul at the new regulations, the markets have remained stable since.

2. He assembled the Financial Fraud Enforcement Task Force – In the wake of the 2009 mortgage crisis, President Obama established the Financial Fraud Enforcement Task Force, which aimed to “wage aggressive and coordinated investigations and prosecutions of financial frauds and maximize both to recover the proceeds of these frauds and obtain just and effective punishment of those who commit them,” according to its website. Since then, the task force has trained more than 100,000 professionals to award and oversee Recovery Act funds, and has helped facilitate countless settlements for billions of dollars.

3. He created HAMP – The Home Affordable Modification Program, or HAMP, was introduced in 2009 as the key portion of the Making Home Affordable program, with the intention of helping 1.5 million homeowners lower their mortgage rates and avoid foreclosure. The program also helped another 4.5 million homeowners modify their mortgages to make them more affordable. On average, HAMP homeowners save $500 per month, and for making timely payments, certain homeowners are allegeable to earn a credit of up to $10,000, which they can use to reduce their mortgage’s principle balance. The program is set to expire at the end of this year.

4. He also created HARP – The Home Affordable Refinance Program, or HARP, was established by the Federal Housing Finance Agency in 2009 with the intention helping more than three million homeowners with little to no equity refinance into a more affordable mortgage – without having new or additional mortgage insurance. HARP has been reformed several time since its installation, each time extending eligibility to more homeowners. The plan is set to expire Sept. 2017.

5. He provided financing for affordable housing – In late 2009, President Obama launched the New Issue Bond Purchases Program (NIBP), otherwise known as the Housing Finance Agency initiative. NIBP authorized the U.S. Treasury to purchase $15.3 billion in tax-exempt single-family and multifamily housing bonds, ensuring financing for both. Within two years, the program had allocated $269 million to assist 7,540 homebuyers, 97 percent of whom, according to the National Association of Local Housing Finance Agencies, were “first-time homebuyers with average incomes of 78 percent of the area median income.” On the multifamily side, the program had secured $794 million for 9,427 units, “91 percent of which were affordable to households with incomes at or below 60 percent of median income.”

6. He introduced Minimum Property Standards (MPS) – Through his Department of Housing and Urban Development, President Obama established the MPS, which amended model codes to include minimum standards where previously none existed. He ensured the durability of home features as integral as doors, windows, kitchen cabinets and carpeting, and effectively reduced the devaluation of FHA homes due to deterioration.

7. He negotiated the National Mortgage Servicing Settlement – Leading up to the housing crisis, there were countless mortgage servicing abuses, some of which led to families being foreclose upon. In 2012, President Obama helped negotiate settlements with 49 state attorneys general and several major banks and mortgage companies, and ultimately secured $50 billion in relief for distressed homeowners.

8. He reduced mortgage insurance – In 2015, President Obama, through the Federal Housing Administration, reduced annual mortgage insurance premiums by 0.5 percentage points, from 1.35 percent to 0.85 percent. The reduction resulted in new borrowers saving an average of $900 annually. According to the White House, 800,000 homeowners will save on their monthly mortgage costs because of the reduction, and 250,000 new homebuyers will be able to enter the market.