Those hoping to pave their way in the field of business often move to states boasting the most massive cities in the world. However, some of America’s most prominent business hubs go unnoticed. In fact, Georgia snagged the second spot on CNBC’s 2017 America’s Top States for Business ranking.

CNBC measured each of the 50 states on 66 metrics. It also analyzed them based on 10 different categories of competitiveness, like business friendliness and cost of living. This year’s study took a few additional factors and market trends into account, such as the widening of the skills gap across the country and President Trump’s $1 million infrastructure plan.

Georgia scored 1,616 this year, which allowed it to jump all the way up from the eighth spot in CNBC’s 2016 ranking. Much of its business growth is due to the fact that Georgia simply has the best economy in the country right now, according to the report. It also placed fourth in workforce and third in infrastructure — the two most prominent categories measured in the study. Washington was the only state to score higher than Georgia at 1,621 points.

Despite nearly topping the list this year, Georgia continued to struggle in the categories of education and quality of life. The Peach State ranked below the national average for quality of life, taking the 28th spot out of all 50 states. As for education, it ranked 33rd due to the combination of heavy spending and low test scores. Still, Georgia scored high enough in the other categories to keep it floating above almost every other state. 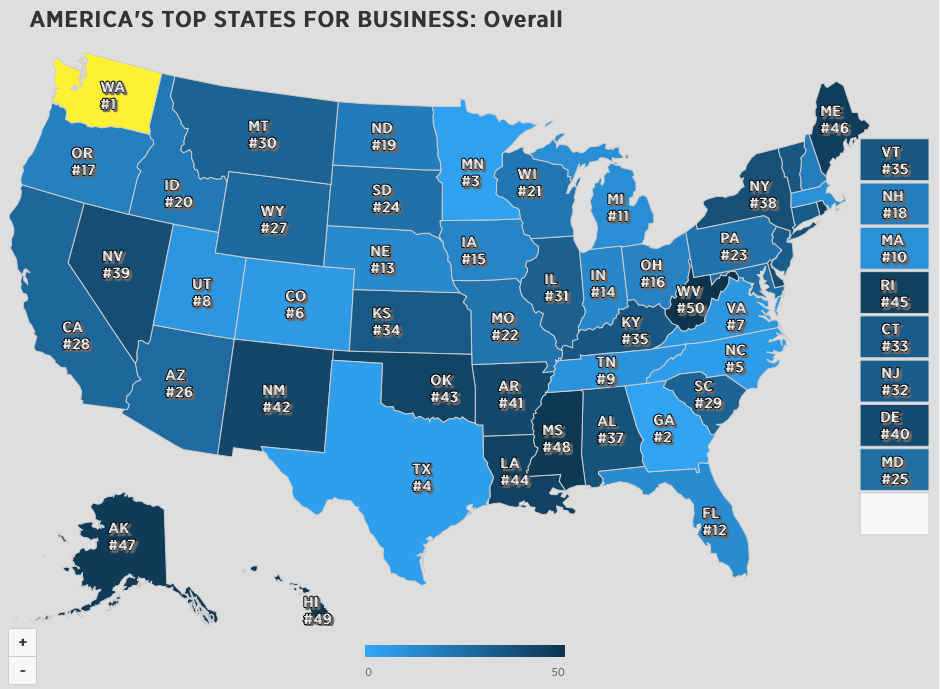