For the first time since 2014, luxury home prices saw stronger price growth than homes in the bottom 95 percent of the market, according to the latest report from Redfin.

Redfin estimates that the price increase could be due to the drop in the number of luxury homes on the market. This is the first year that luxury inventory has fallen since 2014 when Redfin began reporting on the luxury market.

“After five consecutive quarters of double-digit inventory growth, the number of million dollar-plus homes for sale dropped by 9.4 percent,” said Redfin chief economist Nela Richardson. “Yet despite the strong uptick in prices, the luxury market is not nearly as competitive as the rest of the market. Only one in 50 luxury homes sold above list price in the second quarter, compared to more than one in four homes in the bottom 95 percent.”

The town of Suwanee in Georgia saw some of the highest gains in luxury home sales in the first quarter with the average sale price increasing 17.8 percent from last year to $1.07 million. This is significantly higher than the rest of the market, which only saw a 5.3 percent average price increase year over year. 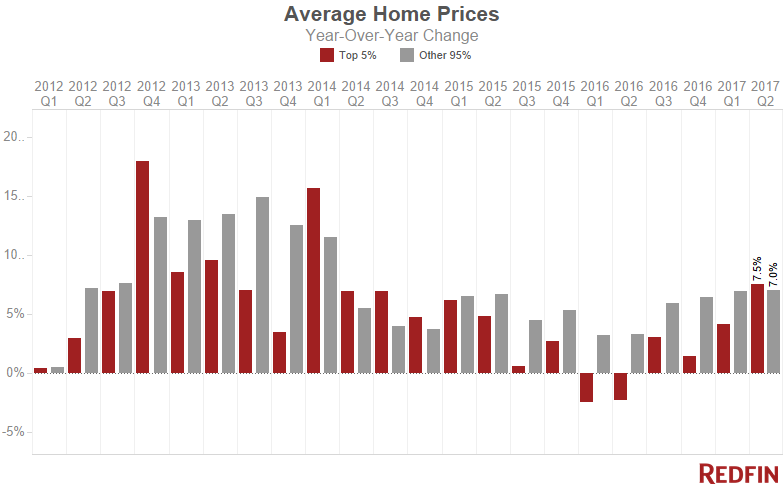