As many millennials age and start to consider homeownership, student loan debt continues to be a major hurdle. According to the 2017 Student Loan Debt and Housing Report, the majority of millennials with student debt currently do not own a home and believe it is to blame for what they typically expect to be a seven-year delay from buying.

“The tens of thousands of dollars many millennials needed to borrow to earn a college degree have come at a financial and emotional cost that’s influencing millennials’ housing choices and other major life decisions,” said Lawrence Yun, NAR chief economist.

Additionally, only 20 percent of millennials currently own a home and 22 percent of survey respondents said they were experienced delays of at least two years in moving out of a family member’s home after college due to to their student loans.

Among non-homeowners, 83 percent say student loan debt is a factor delaying them from buying a home, often because they are unable to save for a downpayment.

“Sales to first-time buyers have been underwhelming for several years now, and this survey indicates student debt is a big part of the blame,” Yun said. “Even a large majority of older millennials and those with higher incomes say they’re being forced to delay homeownership because they can’t save for a down payment and don’t feel financially secure enough to buy.”

Not only is there less demand at the entry-level portion of the market, the report found that a quarter of current millennial homeowners said their student loan debt is preventing them from selling their home to buy a new one, either because it’s too expensive to move and upgrade or because their loans have impacted their credit for a mortgage.

“Student debt is a reality for the majority of students attending colleges and universities across our country. We cannot allow educational debt to hold back whole generations from the financial milestones that underpin the American Dream, like home ownership,” said Jean Eddy, president and CEO at ASA. “The results of this study reinforce the need for solutions that both reduce education debt levels for future students, and enable current borrowers to make that debt manageable, so they don’t have to put the rest of their financial goals on hold.” 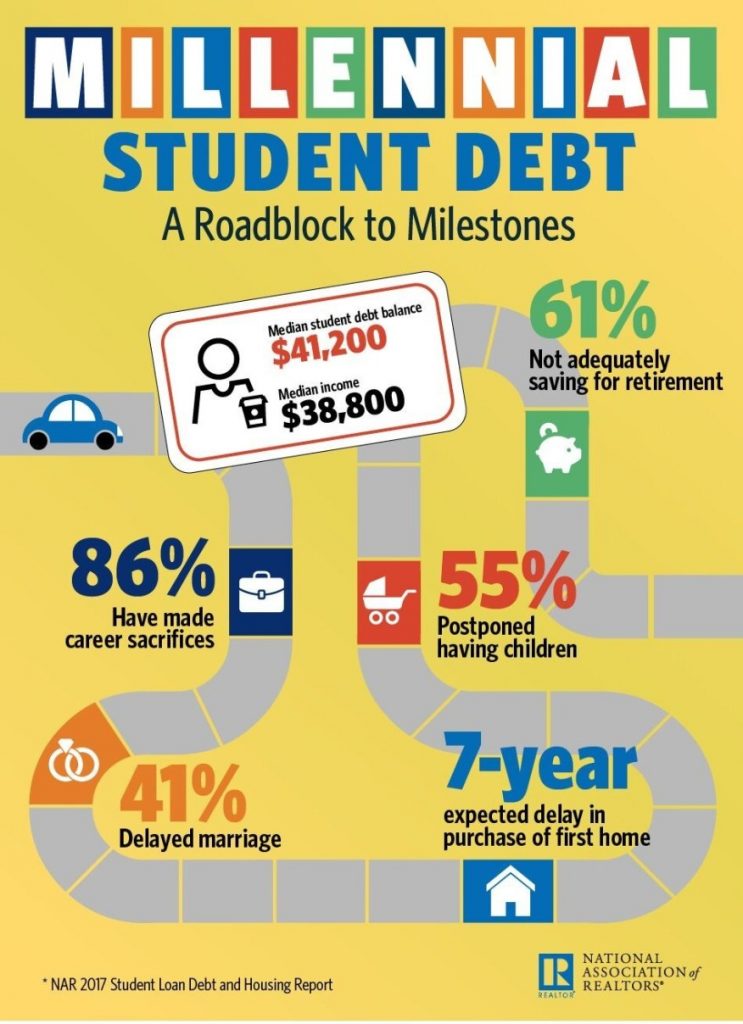