Atlanta ranks No. 11 in recovery since the recession Atlanta came in at No. 11 among the top 25 cities assessed for post-recession recovery. The city saw a significant drop in the unemployment rate (7.6 percent) as well as a 29.3 percent increase in the median household income. 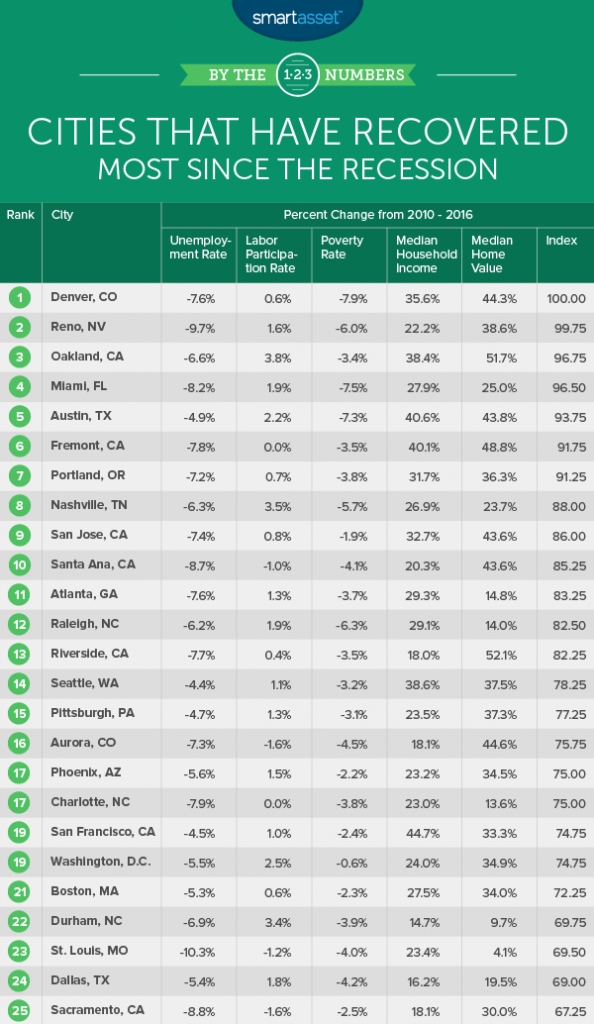