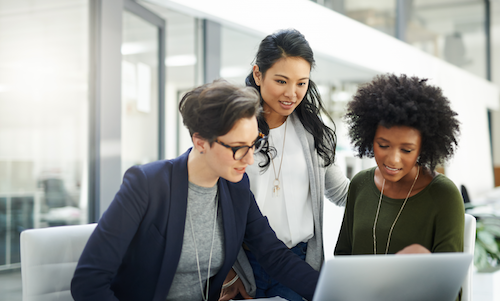 Mortgage lenders who were concerned about increased regulation and compliance in 2018 with the Home Mortgage Disclosure Act no longer need to worry.

Under the new rules announced in 2015, lenders would have needed to provide significantly more information about applicants, the loans provided and property information. This includes the credit score and age of applicants; the approval process used and if any automated systems used; property information like the value, type of housing and how the structures were constructed; the type, term, interest rate and origination fees on the loan; and more.

The 2015 updates to HMDA were supposed to take effect this month, but the Consumer Financial Protection Bureau and the Office of the Comptroller of the Currency announced that they will not be assessing penalties on HMDA data collected in 2018 and reported in 2019. Also, the CFPB will not ask lenders to resubmit data if errors aren’t “material” to the information provided.

“The rulemaking may also look at adjusting the new requirements to report certain types of transactions,” the CFPB said in a statement. “Finally, the rulemaking may reassess the additional information that the rule requires beyond the new data points specified under the Dodd-Frank Act.”

Mick Mulvaney took over as CFPB director in November after the resignation of Richard Cordray, and Joseph Otting was sworn in as the new Comptroller of the Currency at the same time. Otting originally issued a statement saying that he was looking to reduce the “regulatory burden” that banks currently face.

Additionally, the CFPB plans to reassess the 2015 updates to the rule, including institutional and transactional coverage tests as well as the rule’s discretionary data points.

“The bureau recognizes the significant systems and operational challenges needed to meet the impending requirements under the rule,” the CFPB stated. “Accordingly, for HMDA data collected in 2018 and reported in 2019, the bureau does not intend to require financial institutions to resubmit data unless data errors are material or to pay penalties with respect to data errors.”

In the announcement, the bureau said lenders should use this opportunity to identify any flaws in their systems and make good faith efforts to fall in line with the new HMDA reporting requirements.

NAFCU was in support of the bureau’s decisions to not require credit unions to resubmit data and to reconsider HMDA updates, according to Brandy Bruyere, vice president of regulatory compliance.

“The 2015 HMDA rule requires collecting a significantly greater number of data points than what was mandated by Dodd-Frank, and relief for smaller institutions was only temporary,” Bruyere said. “NAFCU is glad to see the CFPB, under acting director Mulvaney’s leadership, is willing to hear credit unions’ concerns. In the new year, we will continue to advocate for more credit union exemptions from this burdensome rule.”

Read more about what is coming in 2018